We’re packing up for the Shaw Festival in Niagara-on-the-Lake again soon — this time to see A Christmas Carol!

Although I’ve never read the Dickens classic, I’ve seen the original 1951 movie several times and watched Scrooged with my kids in recent years. These movies have been part of my own Christmas tradition for as long as I can remember, so I’m thrilled to be reintroducing the story to my kids this December thanks to the Shaw Festival’s second-annual production.

A Christmas Carol will be on stage from November 14 to December 23, 2018, at the Royal George Theatre in Niagara-on-the-Lake. Last year’s performances were sold out before opening night, and this year is selling fast so check out dates ASAP. (Pro tip: if you’re too late to the party this year, tickets for the 2019 season go on sale December 8, 2018, when A Christmas Carol will play in not one but two Shaw Festival theatres.) 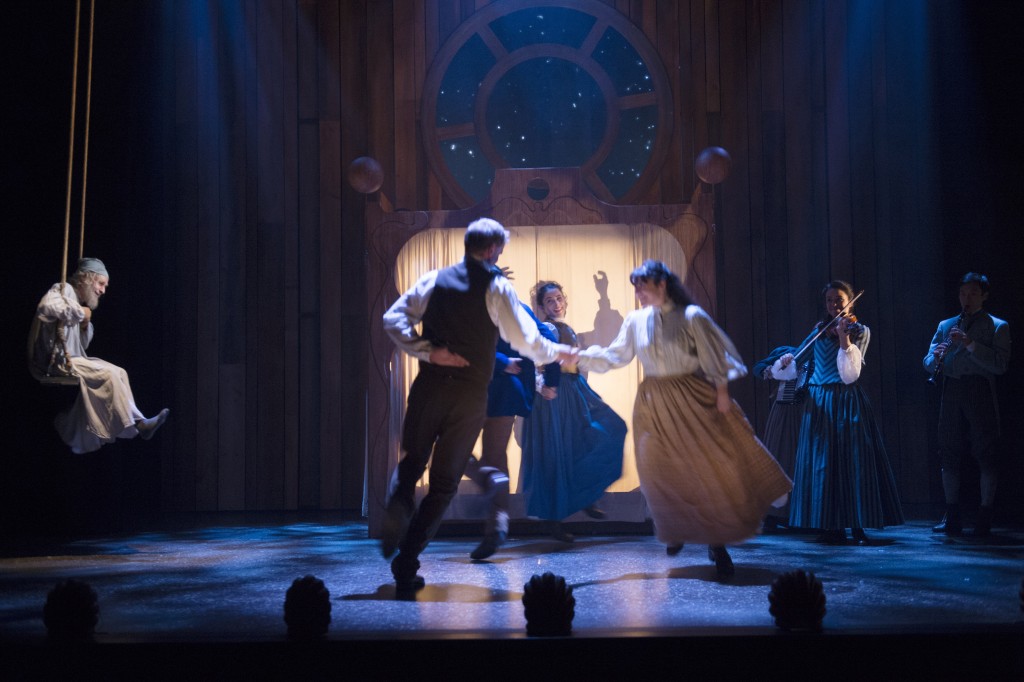 The cast of the Shaw Festival’s production of A Christmas Carol. (Photo credit: David Cooper.)

This production is suitable for ages 6 and up, though I would guess that if you have a five year old who can sit still and has had positive experiences at the theatre or ballet already, s/he would be fine.

Adapted for the stage and directed by artistic director Tim Carroll, who also produced the fabulous show we saw this past summer (The Magician’s Nephew), A Christmas Carol comes to life through puppetry, music, dance and a dash of that special theatre magic. It stars beloved Canadian actor Michael Therriault as Scrooge. 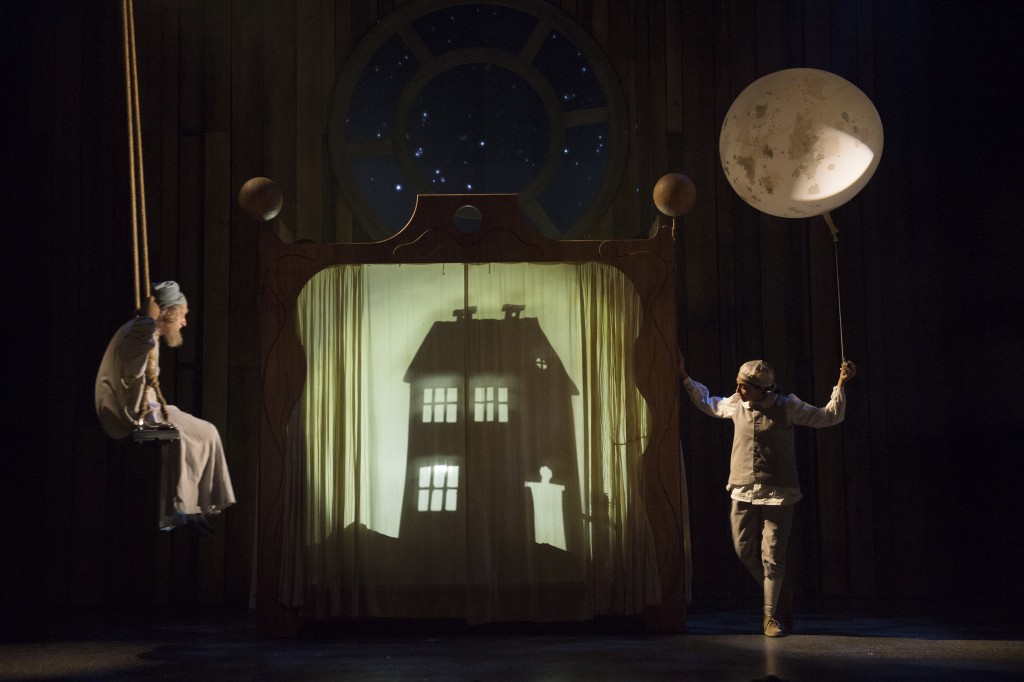 Michael Therriault as Ebenezer Scrooge with Sarena Parmar as Christmas Past in the Shaw Festival’s production of A Christmas Carol. (Photo credit: David Cooper.)

Although we’re staying in Niagara Falls proper, we’re heading to Niagara-on-the-Lake for the afternoon before the show, and I’m pretty excited to see what this quaint historical town looks like all dressed up for the holidays. I have it on good authority that its cute little downtown core is uniformly lit and trimmed to the nines.

There are even two nutcrackers outside the Court House and an old-fashioned letterbox where you can drop off letters for Santa. We are definitely going to come prepared!

We’re going to keep an eye on Netflix through the holiday season, too, because it recently shot a still-under-wraps Hallmark-style holiday flick in Niagara-on-the-Lake. It’ll be so fun to watch with the kids and see them recognize the different buildings and landmarks.

Other holiday fun in NOTL

The Town Crier kicks off a Candlelight Stroll on November 30 at 6:30 p.m. Thousands of people — make that 10,000 last year! — walk through historic old town together, each person holding a candle. How pretty must this be?! And it’s not intended to be a quiet walk; there are musical acts all along the route. The event, run by the Chamber of Commerce, benefits a local child in need.

My kids are learning to skate this year, and we may just have to pack our skates and visit the ice skating rink at Fort George. The dates and hours of operation aren’t posted just yet, but it’s open through the winter months and sounds like it would be so much fun. Hot chocolate and outdoor skating? That’s winter #winning.

DISCLAIMER: The Shaw Festival provided A Christmas Carol tickets in exchange for this post.