Here’s one thing I knew I was going to do in San Diego: EAT.

Because, dang, I love food. And figuring out the best places to eat in San Diego was no easy task. In addition to hours of research, scouring the Interwebs’ many sources before we even arrived, I also talked to locals, Lyft drivers and our hotel concierge.

Oh, and I did my fair share of sampling, too. Because — trust me — not every spot was a winner worthy of being called one of the best restaurants in San Diego!

Here’s my roundup of faves, with some basic pricing guidelines and what we enjoyed most: 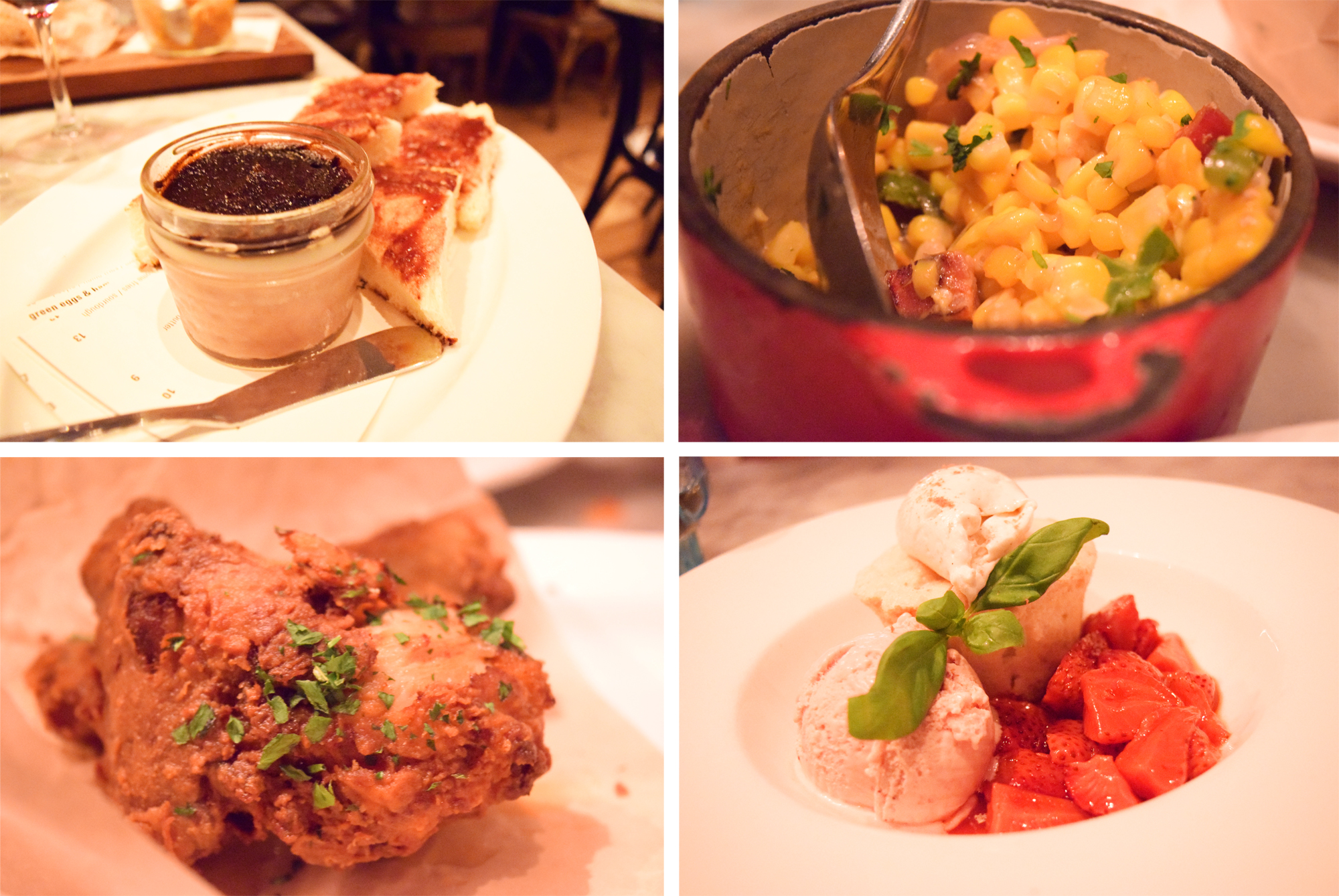 We landed at Searsucker quite by accident one night when the restaurant we’d researched across the street ended up looking a bit sketchy. I hesitated when Big B suggested it because it’s a chain restaurant (albeit a small one) and that’s not how I like to eat when travelling. But thank God we went for it! The best dish we ate in San Diego — bar none — was Searsucker’s foie gras pate with toasted brioche. Other notables include the creamy corn side, Southern fried chicken and strawberry shortcake.

We met a fantastic “Whaler” on our Hornblower whale-watching cruise who all but demanded we go to The Fish Market to try the cioppino (“cha-pee-no” is basically a fish stew). It was outstanding, but so were the Teriyaki Mahi Mahi sliders — and the crispy fish tacos were tasty too. It’s part restaurant and part actual fish market!

We landed after a 4.5-hour flight from Toronto and we were hungry. Our hotel concierge suggested Cafe 21, which was only a six or seven minute walk away. I had a fantastic raspberry mimosa after determining that the sangrias (which are essentially on tap) were just too sweet for me. Big B’s croque monsieur was on either challah or brioche or something equally wonderful and I was angry that I didn’t order it.

We spent our last full day in San Diego playing in the waves along Pacific Beach, then wandered a couple of miles up the shore to Mission Beach where we passed by a group of people on a patio drinking out of a huge brass swan. It was Miss B’s Coconut Club and we obviously went in. The Havana Good Time for two could have easily been had by one but it was a great precursor to the Coconut Club Cocktail, which I enjoyed immensely, and the Bro Tai, which was strong but in the best way. (And I put the orchids in my hair later that night!) I couldn’t tell you what the food’s like… 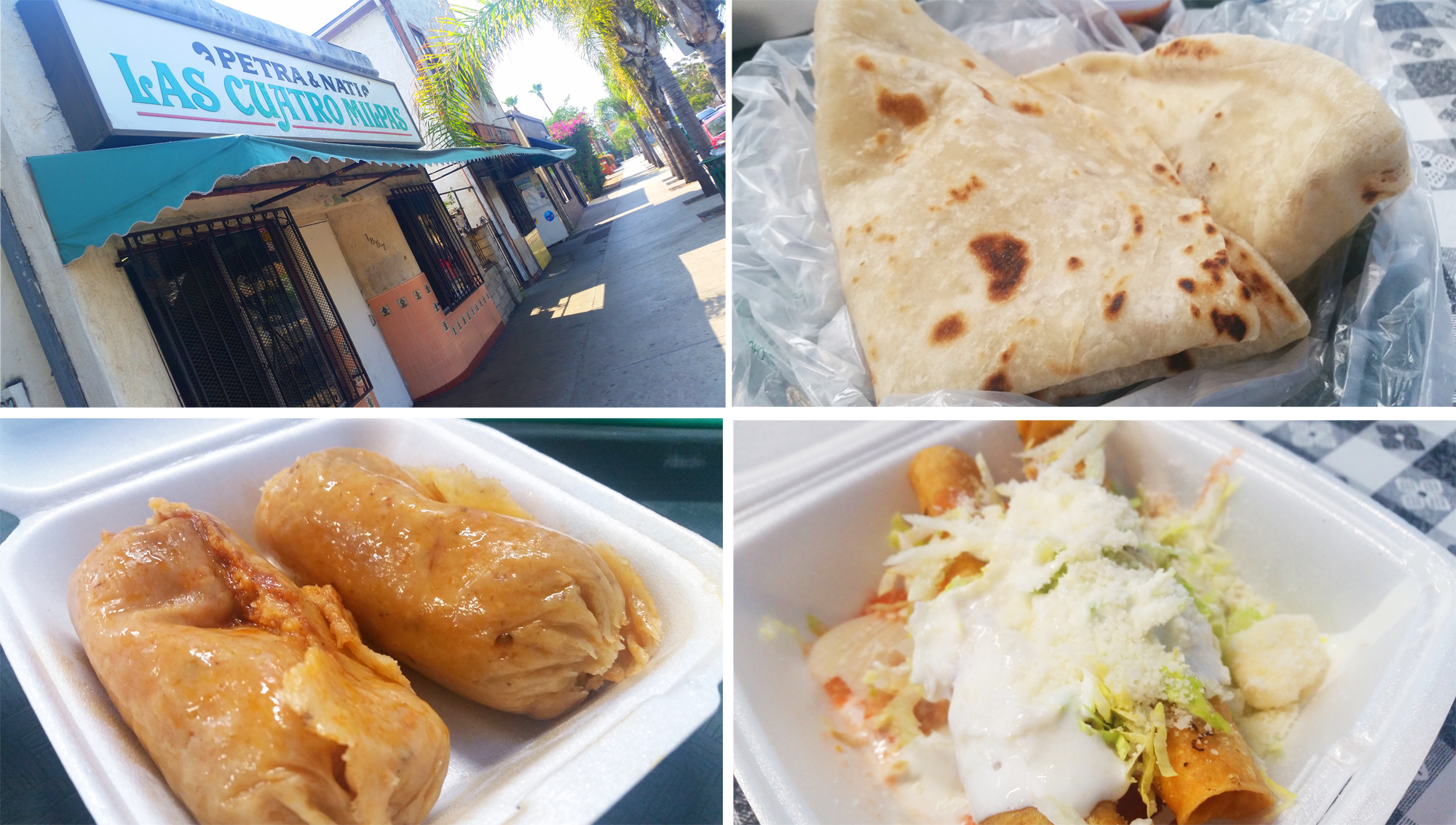 Not 15 minutes from the Tijuana border amidst one of San Diego’s oldest communities that began with the influx of refugees from the Mexican Revolution, you’ll find Las Cuatro Milpas (sorry — no website to link!). This off-the-beaten-path restaurant has a business so thriving you’re guaranteed to wait in line. But do it. OMG — it’s the best Mexican you’ll ever eat. People come over from Tijuana to eat here! The flour tortillas will make you cry and the next best things we ate were the tamales and crispy tacos. We couldn’t finish our $23 meal! It’s far from fancy and once 3 p.m. hits, they’ll turn off the lights and tell you to get out, but it’s an absolute must. Cash only.

We knew we wanted to hit a steakhouse in San Diego, and Cowboy Star came highly recommended. With good reason. Although my $65 dry-aged ribeye was nothing about which to get excited, our dinnermates who had the filet mignon decried that it was the best they’d ever had. My big callouts are for the wagyu tongue appetizer, which was so tender and lip-smackingly good that I have to call it Sex on a Plate, the butteriest mac ‘n cheese of life, the foraged mushrooms (not pictured because the photo was crap) and the deconstructed strawberry shortcake topped with a gorgeous basil ice cream. Cowboy Star serves Justin Cabernet Sauvingon and I definitely recommend you have this California red with your meat. A perfect pairing. One of our friends said the Dirty Martini was the most well-made ever.

This was another happy accident, since the French bistro I’d planned on doing for lunch was in fact only open for dinner. I wandered along Coronado Island’s main road (Orange Ave.) until I found a restaurant with a white board out front. It listed the various catches of the day and their prices. Fresh fish in one of California’s coastal cities? Yes, please. There’s very little by way of decor and you won’t find anything but paper bowls and plates at Islander, but if you find yourself on Coronado Island, it’d be a crime not to eat here. Portions are generous, insanely fresh and much too inexpensive considering the way everything tastes. The chipotle coconut milk seafood chowder is — no word of a lie — still a flavour about which I dream and comes a very close second to that foie gras dish I mentioned I loved so much. The fish cakes and tacone were very, very good, too. Super casual, come as you are. And if you need free WiFi, just ask. 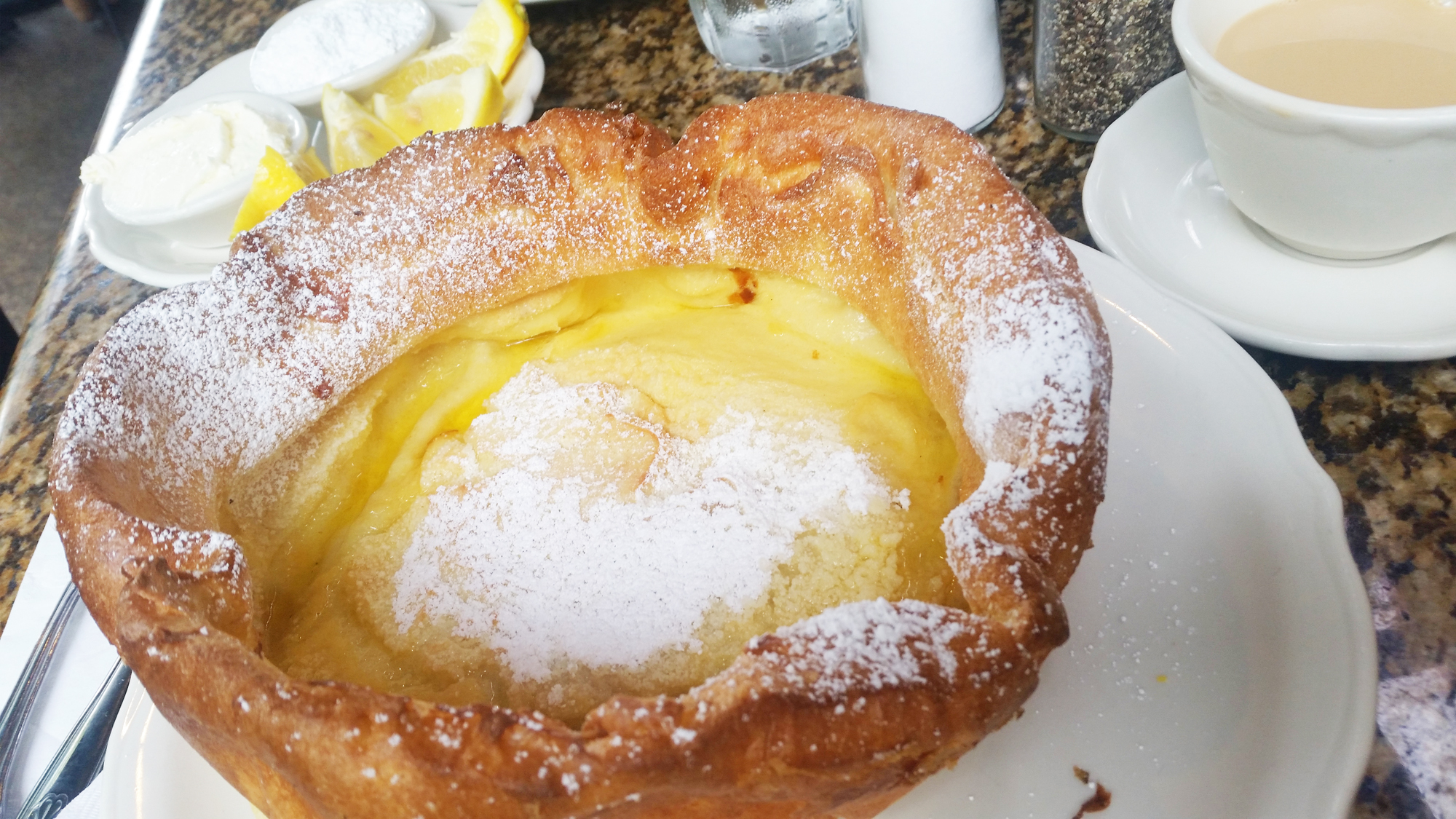 I was starving and tired of grabbing Starbucks for breakfast, so I googled “best breakfast in San Diego” and Richard Walker’s Pancake House popped up. When I arrived and the line was half a city block long, I nearly bolted. But I found some free WiFi and, honestly, they move so fast in that place that I was seated in 20 minutes. Portions are ENORMOUS. The potato pancakes (latkes) were incredible and served with full-fat sour cream and applesauce — the way they should be. The real star of the show, however, is the Dutch Baby, a dense pancake-like batter that’s baked in a skillet in the oven and served with powdered sugar, butter and fresh lemon wedges. IT WAS INCREDIBLE. So much so that I took my husband back the next day for round two! Oh, and the coffee is excellent and bottomless. It opens at 6:30 a.m. and you can expect a line by 7 a.m. any day of the week. Stand in it. You won’t regret it. 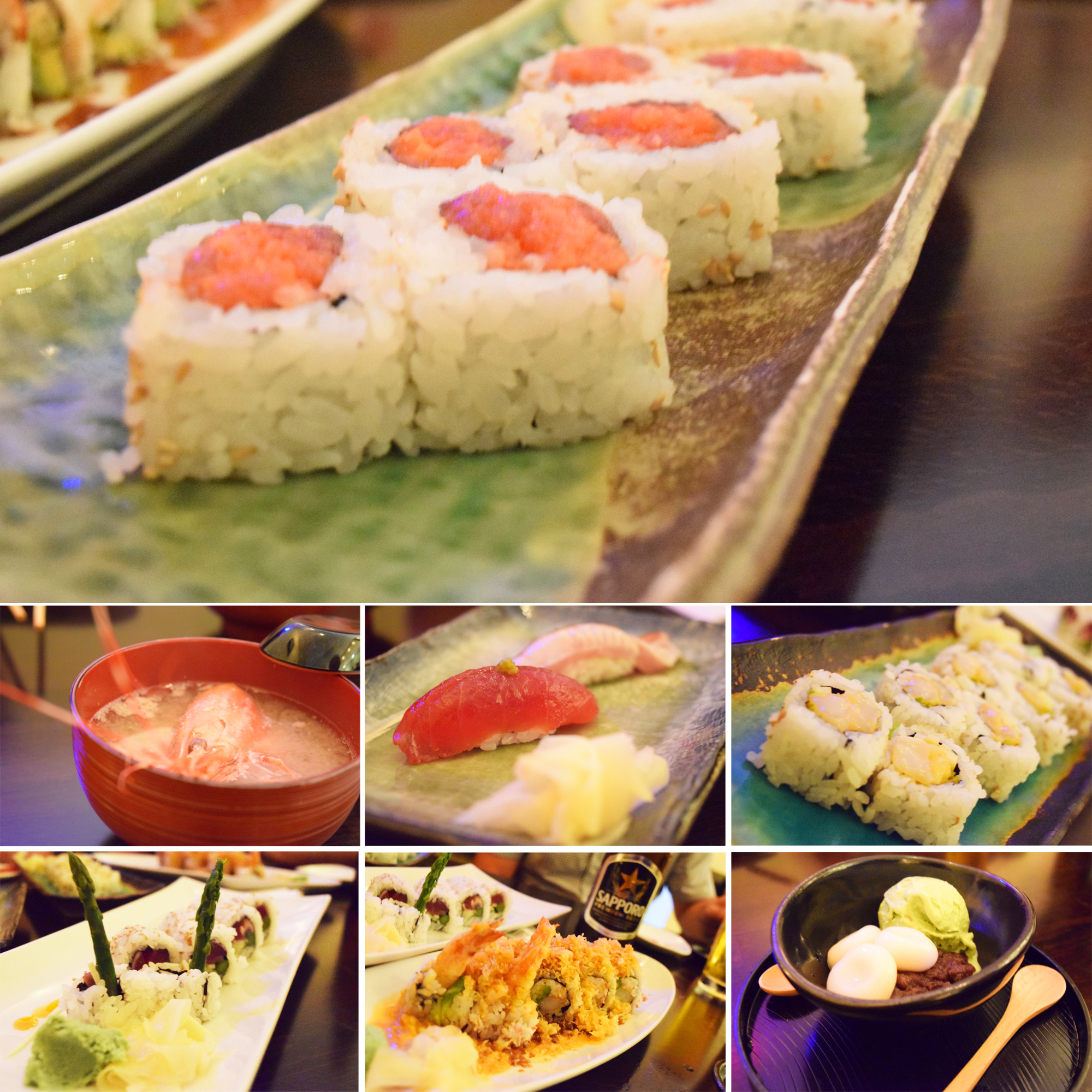 Sushi Tadokoro serves, hands down, the BEST sushi I have had anywhere (and I lived in Asia). So fresh, so much flavour and made with so much skill. The place seats only about 30 people, so make a reservation and sit at the sushi bar if you want to watch the show — it reminds me of that movie Jiro Dreams of Sushi in every way. We had the daily specials in most cases and asked the server for recommendations, but the crispy roll from the main menu was so good we ordered another plate. All wow. Not one bad dish. 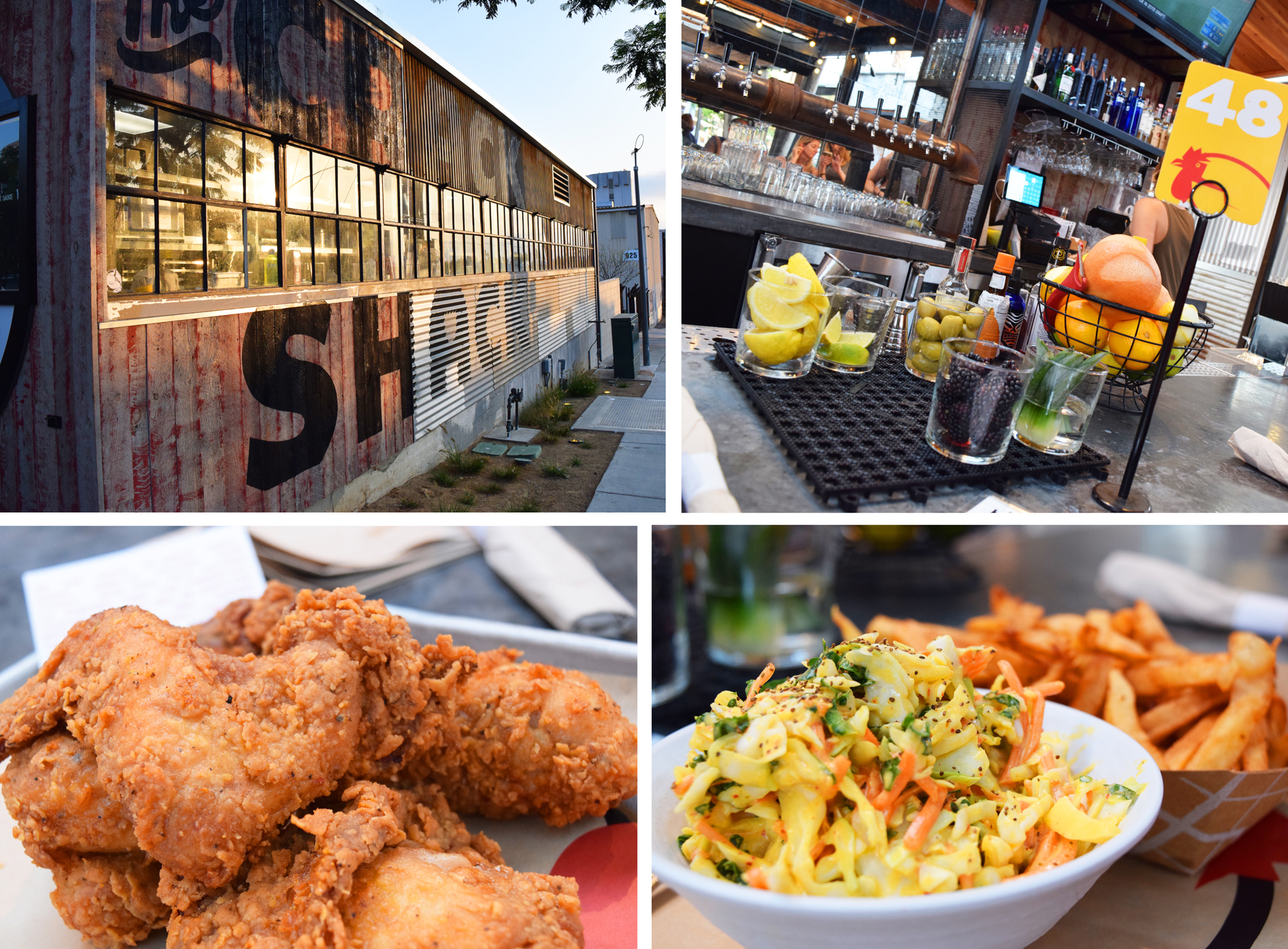 If there are two things San Diego’s got going on in the food department, it’s tacos and fried chicken. I had more of each inside of 10 days than I think I’ve had in my whole life. It was a worthy adventure in eating. And it was the promise of the finest fried chicken that brought us to The Crack Shack. I wish we’d ordered the biscuits after walking by someone else’s table, so you should do that and tell me what they’re like. The coleslaw and chicken-fat-rendered French fries were magical and the fried chicken itself didn’t disappoint. The drinks are interesting and made with mixologist precision and flair. And the atmosphere is frenetic. You may wait a while for a table, or never even get one and sit at the bar like we did. I suggest going in pairs and splitting up upon arrival: one person stands in line and orders while the other scouts out seating. Team work.

What you will not find with most of San Diego’s tasting menus is affordability. We considered the ultra-luxe tasting menu at Torrey Pines, but opted instead for Wine Vault & Bistro, which was more centrally located and came with a mere $36 price tag for five courses. We added another $20 per person for wine pairings — which I must add was generously poured. The bread was freshly baked and warm and came with a glorious whipped butter and a deeply flavourful sea salt. And it was a good thing there was so much bread to be had because although each course was exquisitely prepared, they were on the small side. Think classic French portions. However, the bread and wine was flowing and the environment lent itself to romance and great conversation. Plus, it’s only a few steps away from the famed Reagle Beagle from Three’s Company.

If you want to sip a delicious glass of wine overlooking one of La Jolla‘s seven sea caves, the Crab Catcher is an ideal option. But the view does not come without a hefty price tag so consider that before you get comfortable. It serves the yummiest sourdough bread and I highly recommend the King Crab tacos, which are served in a wonton shell. The roasted beets and raosted cauliflower and Brussels sprouts sides are excellent. Save your pennies and pass on dessert, choosing one more glass of wine from the extensive list instead. 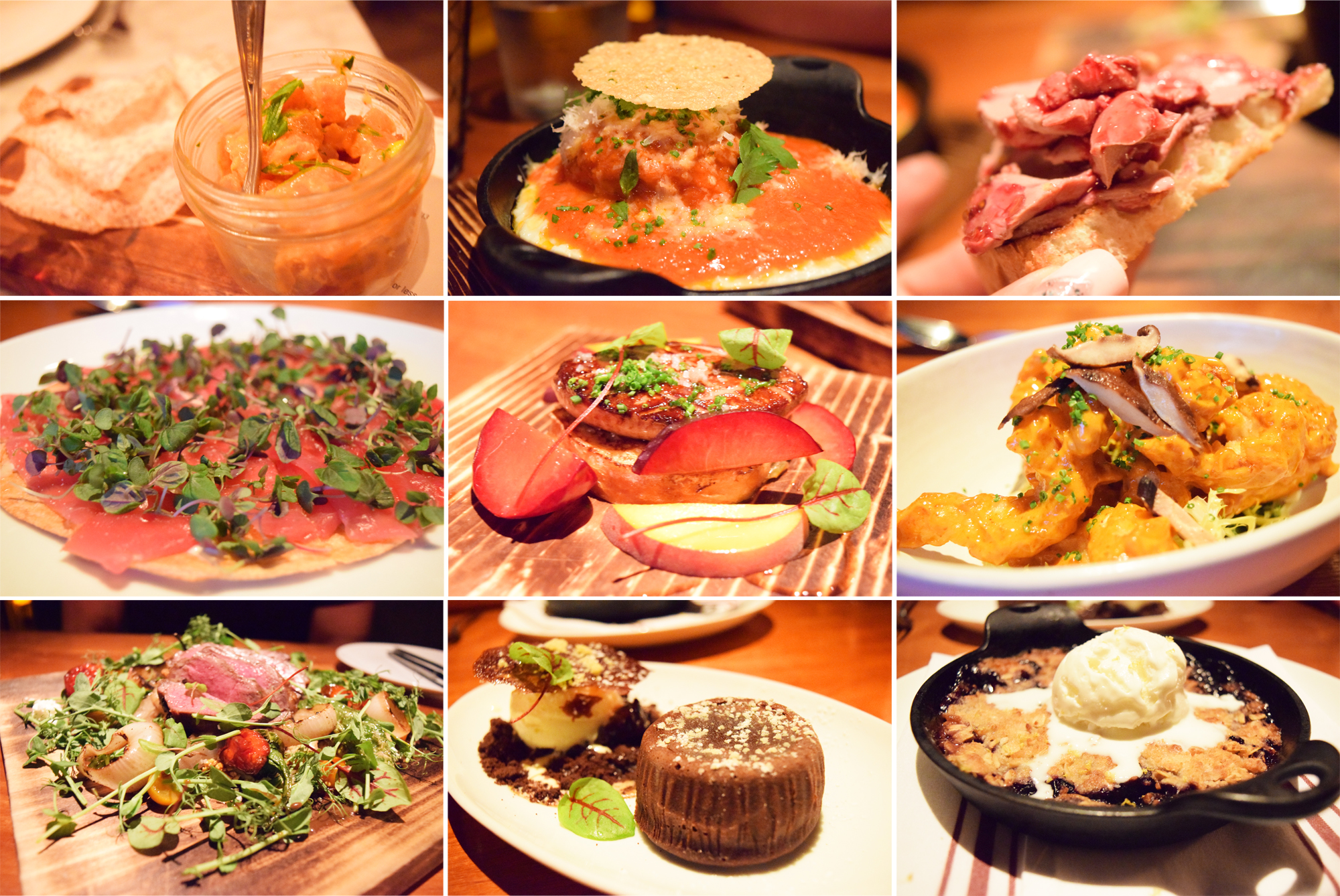 Outstanding cocktails and, we agreed, the best overall meal we had in San Diego. Come hungry and ready to share so you can try a little of everything that Kettner Exchange offers between the small and large plates. Each dish we had was better than the last and we were so glad we went even though we were told there were no reservations available (there happened to be a no-show!). Must-try plates include: big-eye tuna pizza, duck meatball, spicy shrimp, foie gras French toast, chicken liver pate, Sonoma lamb saddle, and the blueberry cobbler with creme fraiche ice cream.

I leave you with this. Donut Bar serves doughnuts and craft beer and when they claim they make the world’s best doughnuts — they aren’t lying: