As someone who’s been going to Canada’s Wonderland since it opened in 1981 (when I was six!), I always look forward to the new shows and  rides — and experiencing the thrills with my own kids now.

There’s so much to do at Wonderland that it can feel overwhelming when you walk through the gates. But here’s a handy checklist if you’re going with little kids who aren’t quite ready for the big rides:

1. Get a classic Wonderland pic of your kid standing in front of the flowers, fountains and/or Wonder Mountain waterfalls. Bonus points if you catch a character along the way! 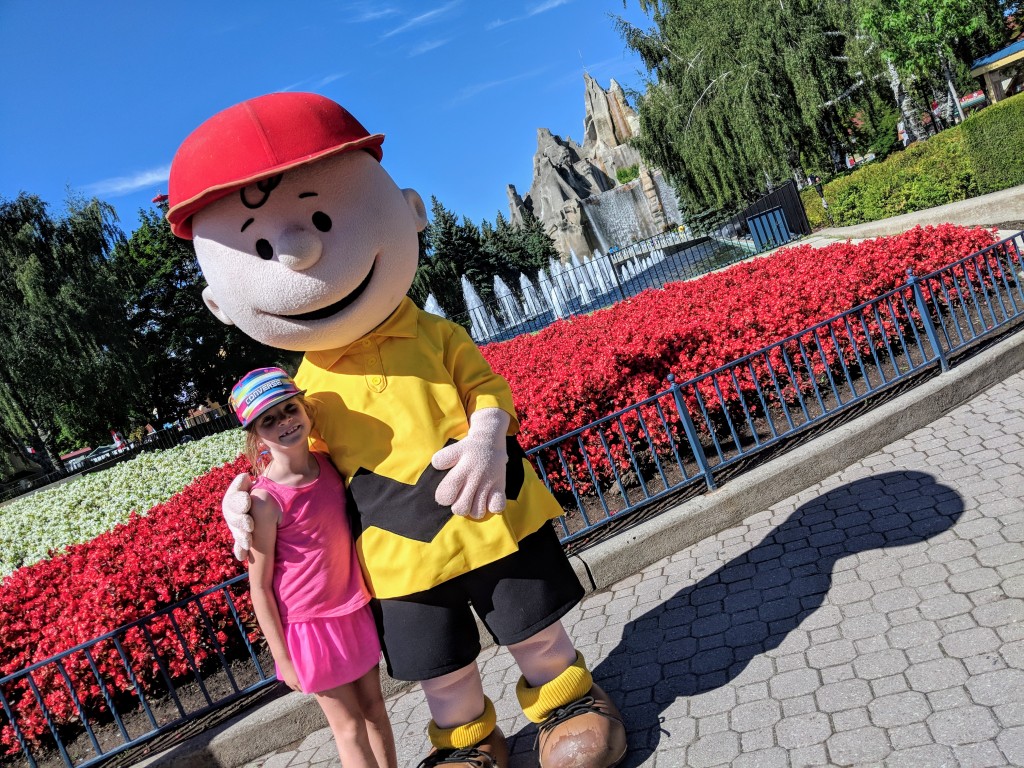 2. Head straight to KidZville and Planet Snoopy to get warmed up. Rides like Lucy’s Tugboat and the Woodstock Whirlybirds are a great primer for something a tad faster like the Ghoster Coaster. If your child is comfortable with the speeds in this area, it might be time to graduate into the main park! 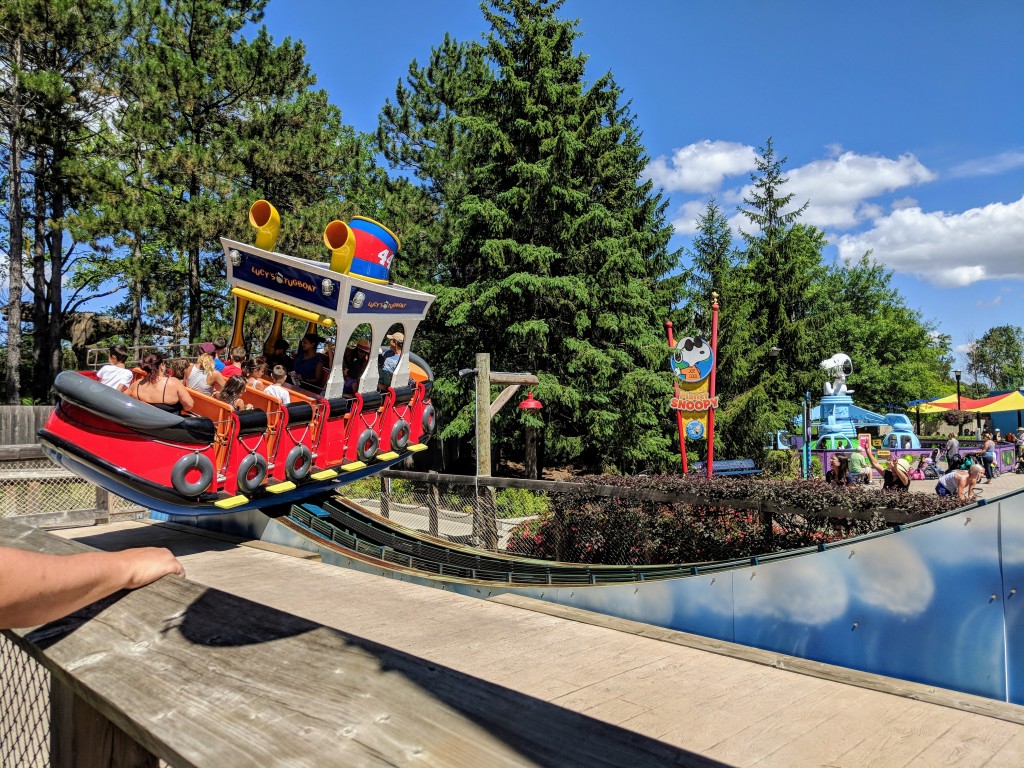 3. But before you leave, share a Snow Cone (yes, they’re big enough to share and, yes, your teeth will be the colour of said Snow Cone!). 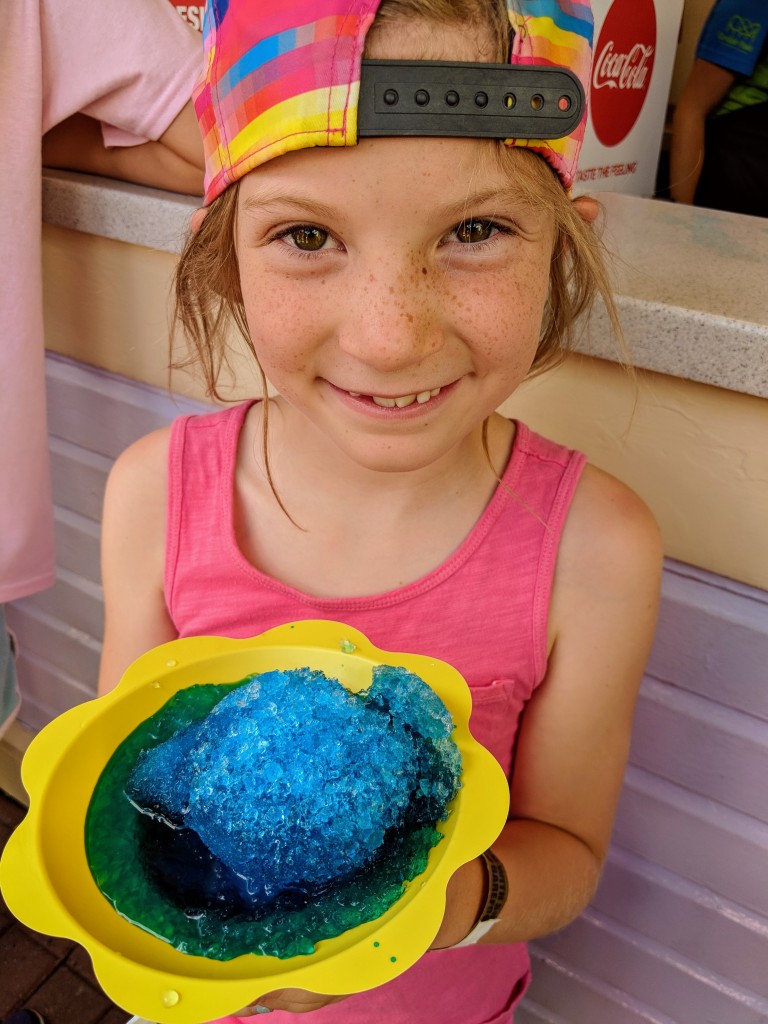 4. Watch the high divers — they’re amazing and in all the years I’ve been going, it’s always a highlight for me. Check performance times when you arrive. 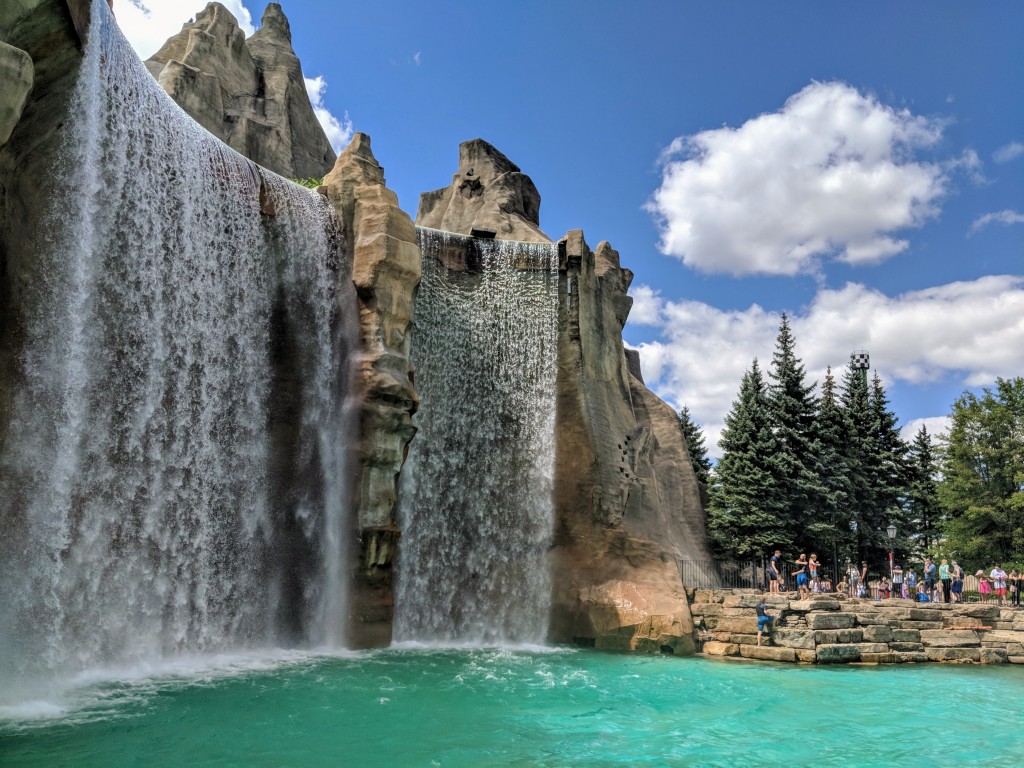 5. Try the swings! If your kid is like mine, she’ll want you right beside her the first go-round and then ask you to simply watch the next five times. 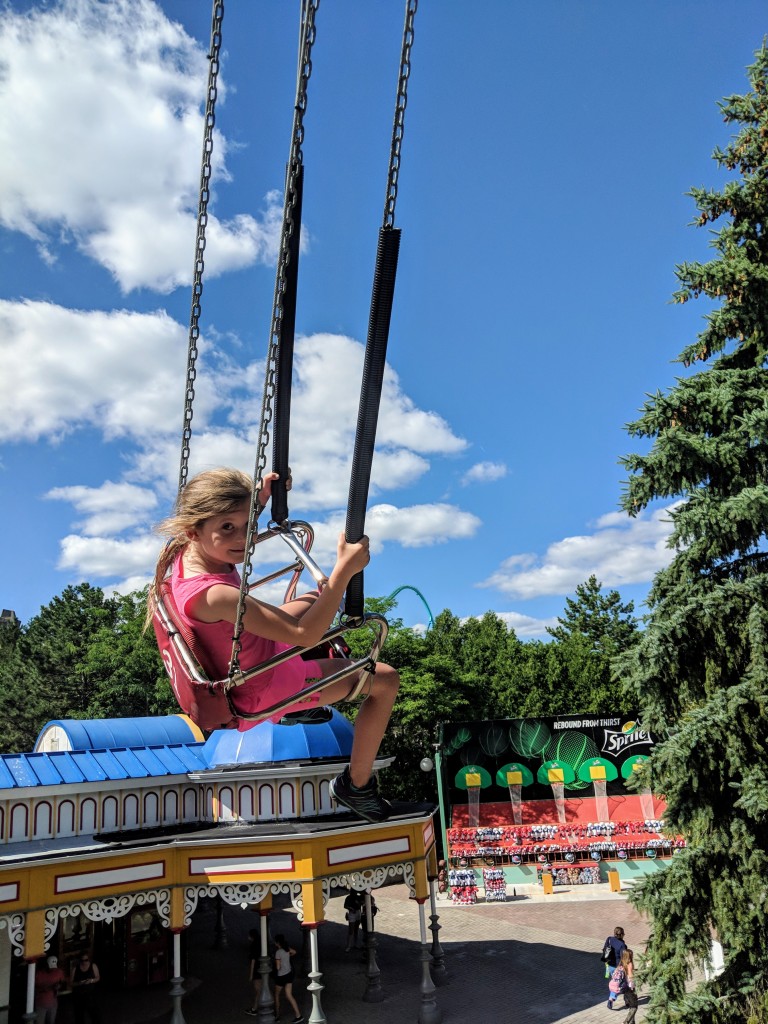 6. If you don’t have a funnel cake at Canada’s Wonderland, you should be fired from going ever again. This is a rite of Wonderland passage. Don’t ruin your kid’s childhood — it all rests on the funnel cake. 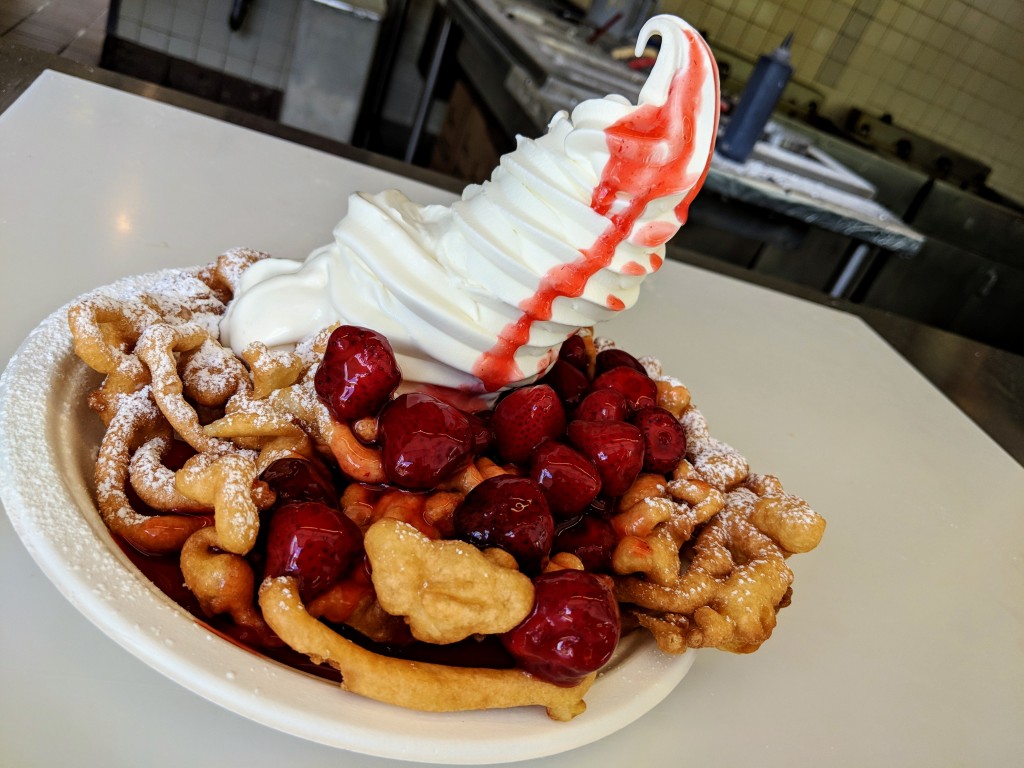 7. If your little one still has the need for speed, The Fly is the perfect step beyond the Ghoster Coaster but before the really nutso roller coasters (which are my personal favourites but not my kid’s cup of tea just yet). 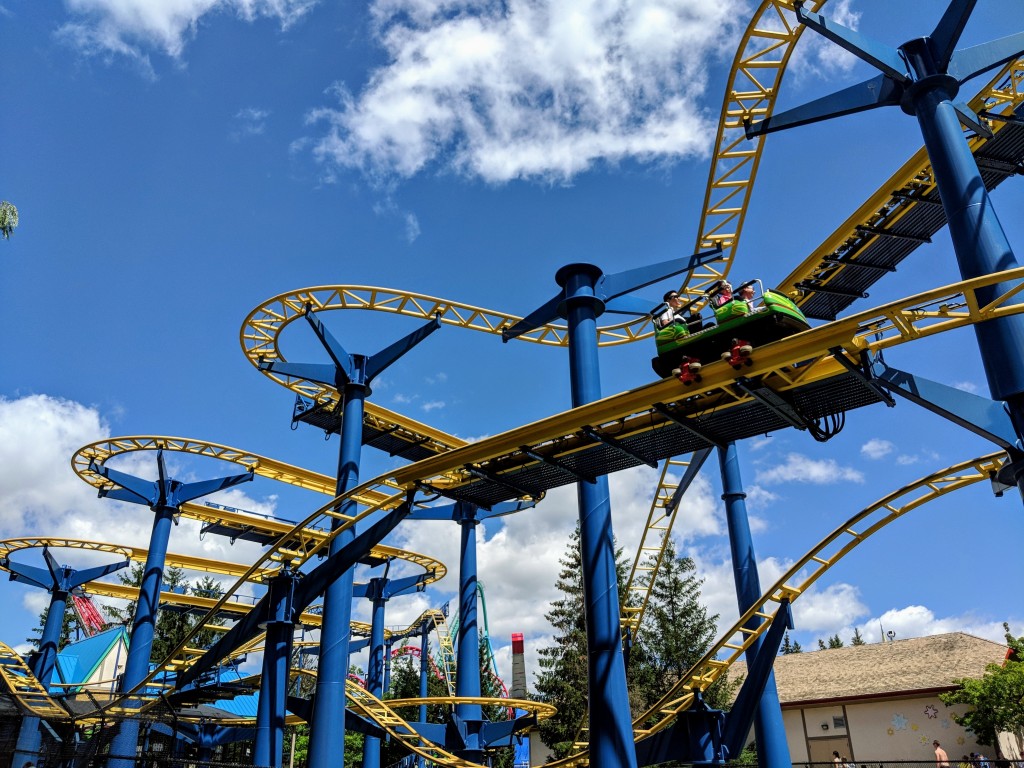 8. While you’re waiting in line for The Fly, look at one of the prettiest nooks in the park beside the new Lumberjack ride. 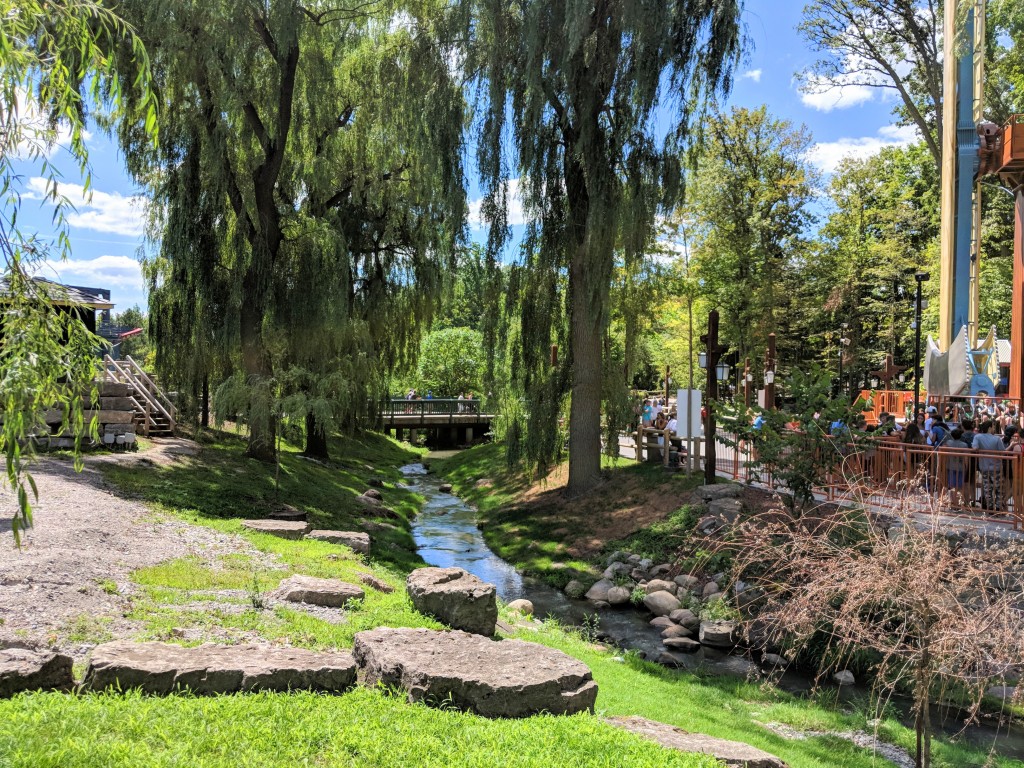 9. See a show. We made it during the Chicago Boyz time at Wonderland and they were fabulous. We’ve seen the Chinese Acrobatic Show before and it was excellent — it’s on again until Sept. 3 this year!

We had a blast exploring the park this year and I’m already excited for the Yukon Striker — next year’s newest attraction at Canada’s Wonderland.

« Things to do at Smugglers’ Notch Resort in summer
Does Orangetheory Fitness work? »