Several years ago, I was wandering through the CNE halls and came upon one of the many product demos that vendors do there. It was for Vitamix, and I was ooohing and ahhhing right on queue as if I was a paid actor in an infomercial.

This was before I was making reasonable money, so the idea of spending more than $500 on a blender — and that was the special show price! — was way out of my league. Even if I could appreciate the price-per-use principle back then, it was more than my brain could process.

But I never forgot how it pulverized everything in its path, making ice cream and soup, hummus and smoothies. I dreamed of nut milks and pulpy juices.

Three years ago, I got a Vitamix. And, aside from that time I destroyed the tamper by using it without the lid on (oops) and that other time I made so many batches of hummus at once that the emergency fan kicked in and powered it off for a couple of hours, it really has lived up to all of the hype shared during that demo and the additional expectations I’d created in my mind as I fantasized about it for years after.

Make no mistake, though: a basic Vitamix starts at $579. And that’s still no small amount of money, even if I tell you that we’ve used it at least once every day for three years.

So when legendary Canadian-born trainer-to-the-stars Harley Pasternak kept recommending that everyday folks reading his books purchase a high-powered blender, the general consensus was something to the tune of “Thanks, Harley, but if I could afford one of those fancy blenders, I could probably afford to have you as my personal trainer.”

Pasternak partnered with Salton and together they created a more affordable option: the Harley Pasternak Power Blender, powered by Salton. 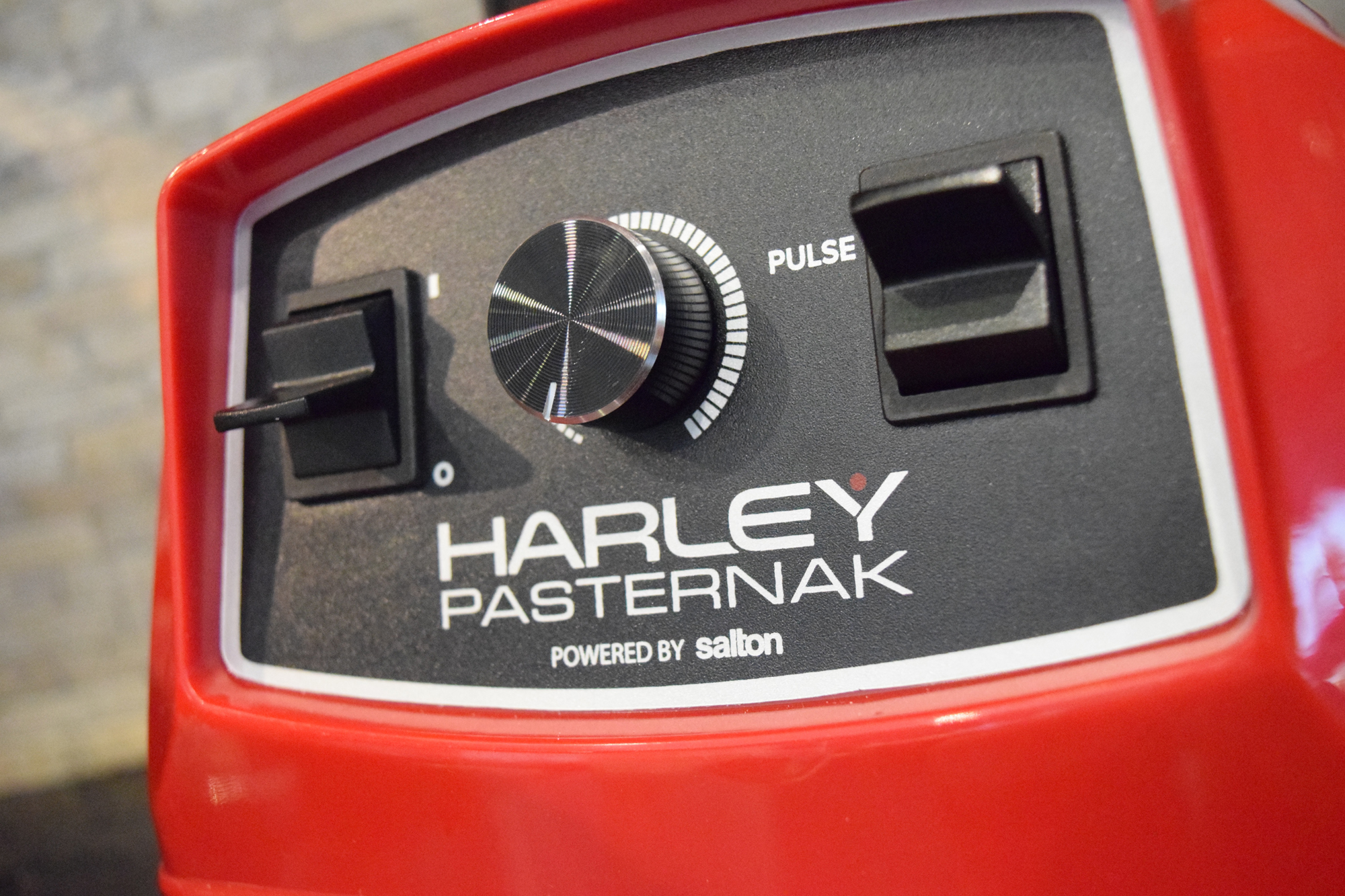 First off, price. At $299.99, it’s nearly half the price of a Vitamix. But of course that means nothing unless it could replace my Vitamix, so let’s get into the specifics.

There are 12 different colour options for the base of your Harley Pasternak blender. Whatever the accent colour in your kitchen, there’s a blender to match.

Although Vitamix’s most basic model now offers a power dial offering you variable speed, my model simply has “LOW” or “HIGH” options, so this Salton blender was a welcome addition to our lives. Variable speed gives you much better control over whatever it is you’re mixing. 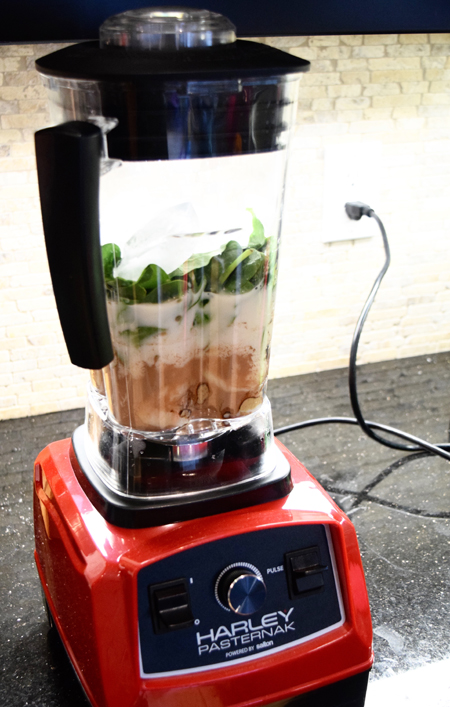 There’s also a “PULSE” option, not present on my personal Vitamix and I love this function. Great for salsa or other things you don’t want to simply puree.

This blender offer excellent power overall and it had no trouble making all the things I normally make with my Vitamix: shakes and smoothies, juice, spaghetti sauce, crepe batter, hummus, soup — to name only a few. In fact, I found the Pasternak blender did a better job overall than my Vitamix making smoothies with ice or frozen fruit. While I sometimes need to use the Vitamix tamper, I didn’t have to at all with this one. It did a number on ice in mere seconds without any help, and not even on top speed.

Salton’s blender comes with an on-the-go bottle, which is neither here nor there, but it’s free so that’s always a good thing.

Maybe it’s weird to get so excited about a power cord, but it’s the main thing that bugs me about my Vitamix — the cord is insanely short. But not the Pasternak blender by Salton! It’s got a nice, long cord. So call me weird, but I love it. It also tucks away when not in use.

Although this blender is about half the price of a basic Vitamix, it’s definitely not half the blender. It holds its own and will quickly make you a proud owner.

That said, at top speed it wasn’t quite as powerful as my Vitamix — but it was darn close. I’d say it was a solid 90 to 95 per cent as powerful. I really only noticed that last five or 10 per cent making a thick hummus. Salton’s Harley Pasternak kept the hummus a bit chunky — which works for me because I like texture in my dips, but for those who like perfectly smooth, it would have required more work to even it out.

Just like the Vitamix, it also comes with a tamper. But there’s something a bit off about this tamper and I can’t put my finger on it. Maybe it’s not quite as long and doesn’t reach the blades as effectively? Maybe the opening at the top of the blender isn’t as wide and doesn’t allow me to maneuver the tamper as easily? I don’t know what it is, but it’s definitely noticeable.

« HASBRO’S #DREAMBIGPRINCESS PRINCESS-A-MONTH: TIANA
Make it a Skechers summer for the whole fam »