Five years after first writing this post, I’m adding a much-needed update since there are so many new knix products. Whether you’re looking for a knix bra or knix underwear, get ready — because this knixwear review is huge.

Let me start with this: I am a sucker for good undergarments. But I have very specific requirements: I don’t like underwire. I hate bra straps that slip off my shoulders. Underwear needs to be muffin top-proof. And bras must absolutely NOT create back fat. So when knixwear Canada (which in recent years has rebranded as simply “knix“) first entered my life, I felt a sense of peace.

And it didn’t just stop at knix bras and knix undies. Oh, no… I have been a full-on knixwear addict day and night, from its loungewear and pyjama days to its foray into menstrual underwear. 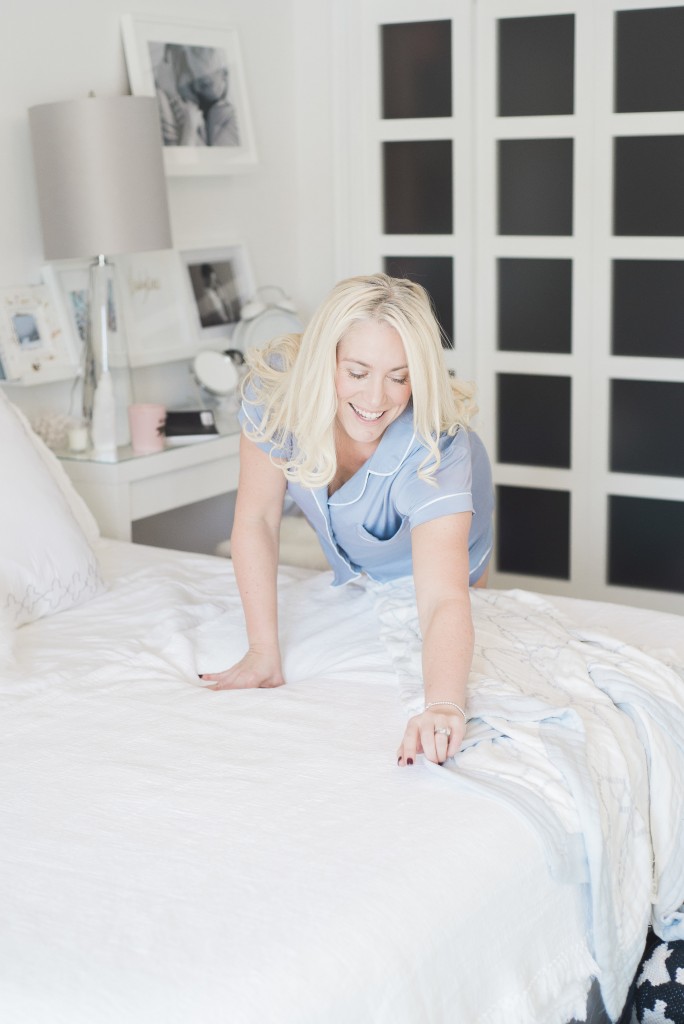 Sadly, this Sleep Set colour no longer exists but the Evolution bra I’m wearing under it is still one of my faves. (Photo credit: Kristen Recalis Photography)

Everything you ever wanted to know about the knix bra line

knix uses awesome fabrics for all of its undergarments; knix bras are seamless and feature a moisture-wicking, odour-resistant fabric that moves with your body. They’re really thin and feel like a second skin.

Every knix wear bra I’ve owned has had good support overall, which is one thing I was worried about as someone who isn’t a dainty B-cup, even after a breast reduction. Aside from the Catalyst sports bra, I find the LuxeLift Pullover Bra has the most support overall, followed by the Evolution bra.

The online fit guide is quite good. You put your band and cup size into a generator and it spits out your knix bra size. As a former 36DD (sometimes 36E) before my breast reduction, my suggested size was a 7 for the Evolution Bra and the fit turned out to be mostly perfect. I am on the cusp of being a size 6 so I tried a padded size 6 for kicks and it was much too small, so don’t fudge your measurements when ordering and go to the bigger size if you’re on the line between two sizes. The Evolution Bra is an 8-in-1. It’s reversible and can criss-cross and do all kinds of cool configurations. It comes with an extra set of straps, too, so no matter which side you use, your straps match. 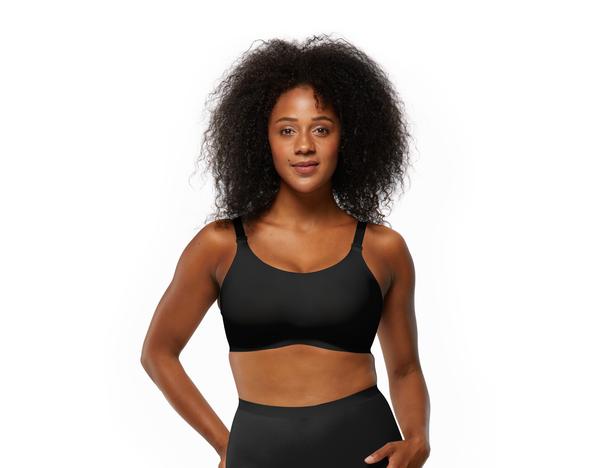 It’s the knix bra that made the brand famous: the 8-in-1 Evolution bra. (Photo courtesy of knix)

For the Longevity Bra, you just order by band size. While I normally wear a size medium in “street clothes,” the band size for a 36″ is a large, so I ordered large Longevity Bras and they’re exactly right. Even post-breast reduction. A medium would for sure be too small and make me feel like I was wearing a hungry boa constrictor.

I *so* love the fit of these, not to mention the strappy design in the back…in fact, they’re often my daily go-to bra, even though the support is the lowest among the knix bras in my underwear drawer. And when I worked out at Orangetheory, pre-reduction, I typically put one on over my sports bra to add extra support. 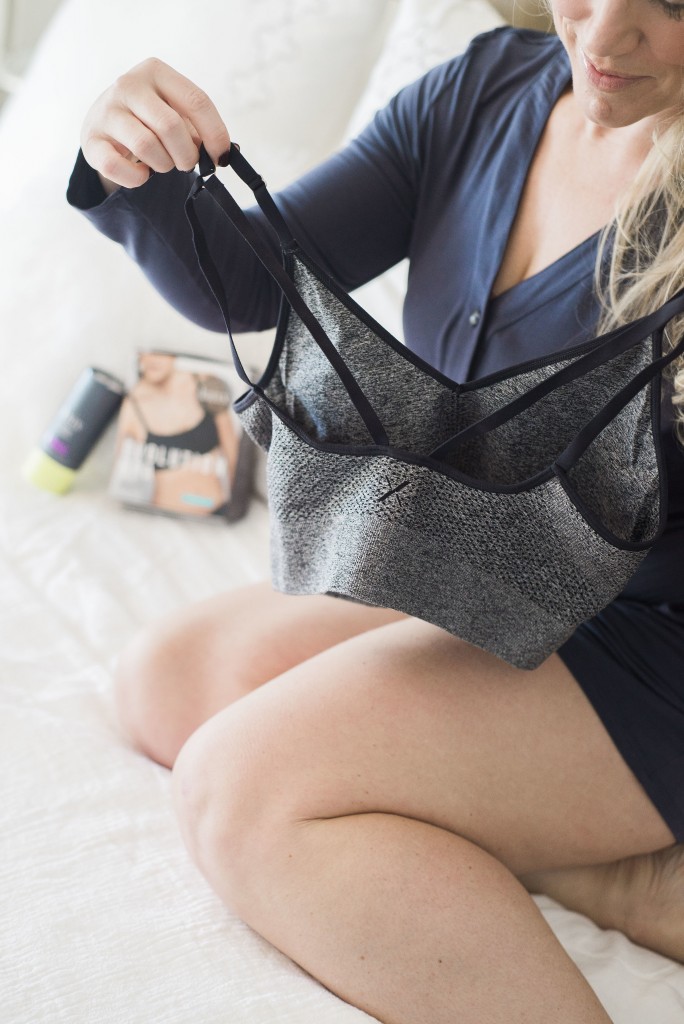 My sports bra needs have definitely changed because of my breast reduction, but I have had the opportunity to try the knix Catalyst sports bra both pre- and post-surgery. Sizing is straightforward on this one, so go with the sizing chart — I find it quite accurate for the Catalyst. 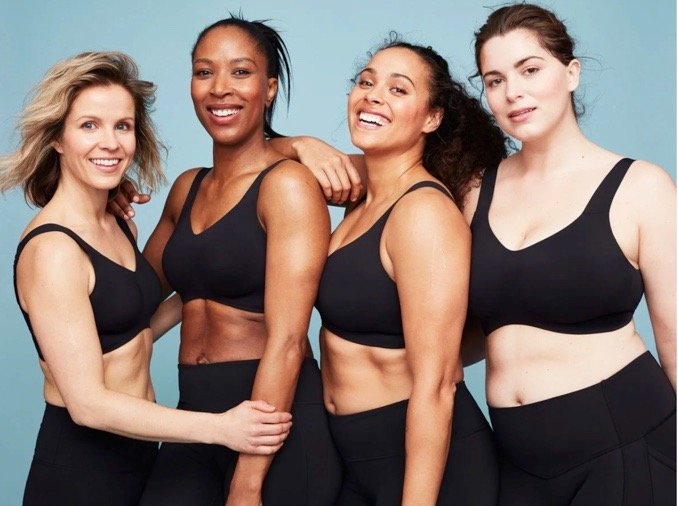 But here’s my important word of warning: when you first try it on, use the middle clasp setting and expect it to be hella tight. Probably tighter than you’re used to. And know this — it will give. It’ll eventually fit more like a second skin than feel like something trying to strangle your rib cage. It may not happen on the first or second wear, but it will happen. So give it a chance. You might find over time that you need to move it to the first row of clasps, but I don’t recommend starting there.

Also — note the strap “keepers”! I didn’t notice these for the longest time and absolutely hated the way the straps always moved and poked about in my early Catalyst days. Slide those suckers into the little slot of fabric that’s there for this purpose.

You’ve got two choices, the original Catalyst, which does up in the back like a regular bra or the newer Catalyst Front Zip Sports Bra, which has adjustable clasps in the back, criss-crossed like a racerback for added support but has a front zip to make getting it on and off even easier.

The bounce-proof factor on the knix sports bra (in both styles) is excellent. Even when I was larger-chested, I found the support very, very good — though I would still often wear a workout tank with a built-in shelf bra for even more support. Post-reduction, and I can tell you the Catalyst is in my top two for favourite sports bra brands.

It washes beautifully, dries quickly and retains support over the long-term. 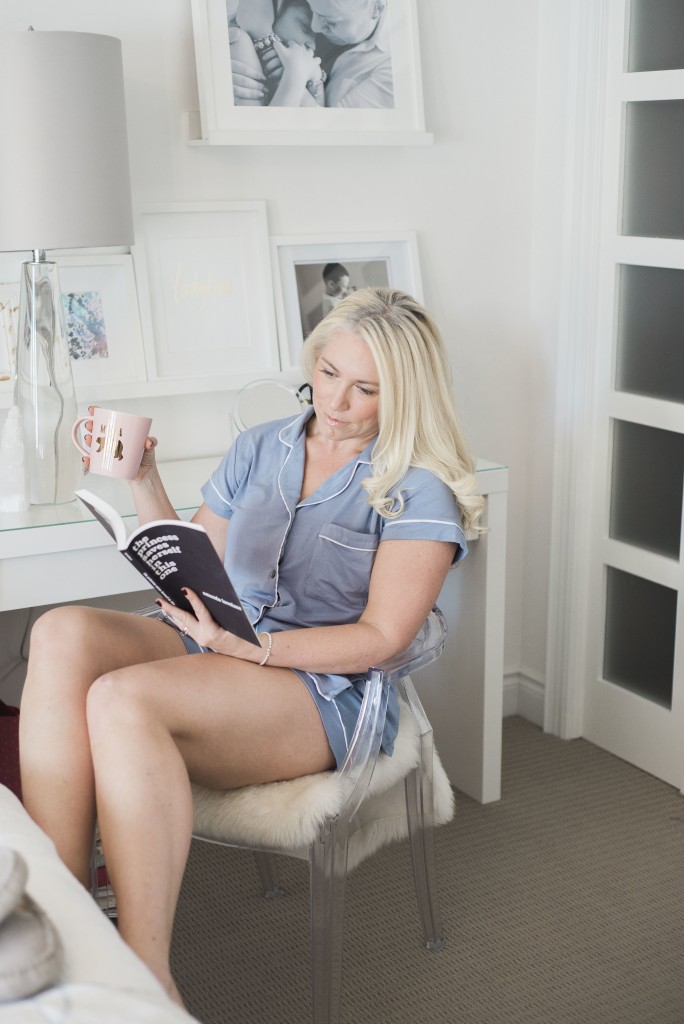 The Sleep Set’s masculine lines are met perfectly with soft fabric that makes you want to live in jammies all day. Size up for a comfier fit. (Photo credit: Kristen Recalis Photography)

Everything you ever wanted to know about the knix underwear line

Both the knix bras — but especially the knix underwear — have SUPERB pack-ability (as featured in my packing video); that is, they fold up into nothing when you’re packing them into a suitcase or overnight bag. No underwire and no seams mean you can even scrunch them into contortions and squeeze them into the most unruly crevices in your luggage. I have shoved four pairs of knix undies into the toes of shoes and an equivalent number of bras into a really tiny bag that zips into my carry-on!

Sizing for the underwear is a bit trickier. I tend to size up but that’s because I want ZERO muffin top, and my waist is not tiny while my hips are narrower by comparison.

Overall, I’d say the underwear is sized on the small side. The first time I ever ordered knix underwear, I selected larges in everything because, according to the online fit guide, as a size 8-10 in pants, I should be a medium. Since I know how particular my fit needs to be (see muffin top note above) — without a hint of bulge seeping out from the sides of my legs or around my hips or midsection — I sized up. Many of the styles were still just a bit tighter than I’d like.

So the next time I ordered, I chose some XLs with which to compare and the difference is actually pretty marginal but there’s definitely way less muffin action.

I really want to focus most of this section on the new(er) knix Leakproof Underwear, which comes in both light-medium and high-super absorbency options. When I first wrote this knix review, the only period underwear knix carried was light-medium, so it’s been great to be able to compare it with the high-super undies this time around.

Whether your flow is ultra-light or looks-like-a-murder-scene heavy, there’s a pair of knix underwear for you. And they don’t just absorb blood. You can also use the leakproof undies for unexpected bladder leaks and sweat, too. The protection ranges from being able to absorb the equivalent of ONE tampon to a staggering EIGHT tampons.

From an environmental perspective, there is absolutely no question that reusable menstrual products — including period underwear — are the way to go. Finding the right fit and absorbency, however, may involve some trial and error.

The light and medium absorbency undies really don’t feel much different from regular underwear at all, while the super absorbency styles definitely have a discernible “pad” feeling between your legs. If you hate that feeling and/or only wear pads at night because you don’t like walking around during the day feeling heavy down there, you probably won’t love these or will save them only for nighttime use. I did work out in a pair to see how comfortable (not to mention how truly leakproof they are) and they exceeded my expectations. And I’m not a pad girl.

If you use a reusable menstrual product (like a cup or ring), the light options will work beautifully for back-up protection — the same as how you might use a pantyliner. Except without all of the extra waste.

For nighttime, however, I am OBSESSED with The Dream Short. OMG. It can hold four tampons’ worth of liquid and they are insanely comfortable. I toss them on with a sleep shirt and haven’t leaked yet. The large fits me beautifully in this style, for what it’s worth. 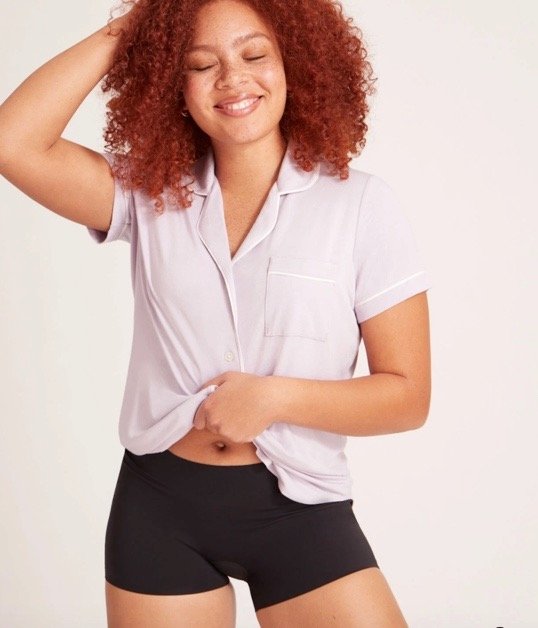 The best knix underwear for protecting against overnight leaks is The Dream Short. Love! (Photo courtesy of knix)

What happens if my knix bra or knix underwear don’t fit?

The knixwear Canada refund policy is ah-mazing. You have 30 days to try out the bra size you order and if it’s not right, the team will make it right. Even if that includes a full refund. The end.

Keep in mind that the fabric may feel tight at first. It will relax! And it’ll also start moulding to the shape of your body, but it can take a bit of time. So don’t start the exchange or refund policy until you’ve worn your garment consistently for a couple of weeks. You’ve got 30 days, after all — don’t rush it.

knix reviews aside, I want to leave you with one final thought: although this has nothing to do with the products themselves, I give knixwear Canada a big shout out for using real women in its advertising. Women of all colours, shapes and sizes. It doesn’t go unnoticed.

EDITOR’S NOTE & DISCLAIMER: This post was originally published in 2015 and has been dramatically overhauled thanks to new and discontinued knixwear Canada products. I’m including very few specific product links this time as a result, so there are fewer possibilities of broken links down the road. I have both purchased and received PR samples of knix bras and knix underwear that facilitated the original and this updated content. Opinions are my own.