When you’re planning a trip to a new city — if you’re a foodie — I recommend doing two very important things:

This is why when I was piecing together our San Antonio itinerary, I made reservations at two restaurants based on a must-dine list from USA Today — including Mixtli (which we soon learned is pronounced “Mish-lee”).

First of all, you buy tickets online for your seat. There are only 12 guests per night (yes, you read that right), and you buy tickets based on the night you want. Dinner starts at 7 p.m. and goes until…whenever. You can buy as few as one ticket or you can buy the whole table. But what you can’t do is tip the maitre D’ and sneak into an already-full night. In this way, no one ever has a leg-up. The early bird gets the worm at Mixtli.

Tickets are a steal at $95 per person (plus tax). Let me break this down for you: nine courses, each with a booze pairing of some kind (we had wine, beer, liqueurs and more). So that’s $9.50 per course — including your alcohol! Just don’t forget to bring cash for a tip at the end.

Bring your own bottle. Two couples to our left brought a bottle of bubbly and a bottle of mezcal. I don’t believe there was a corkage fee.

Now let me set the scene: you’re in a converted train car for dinner. Just follow the directions on Mixtli’s website and you will find it, but you’d never spot it unless you were looking for it. There’s this really neat chain of old train cars that have been converted into bakeries, massage and yoga studios and more — Mixtli is one of them, and also has fresh herbs and other edible foliage growing just outside of its car. Before I set foot in the restaurant, I couldn’t have imagined just how spacious a train car is inside. There’s an entire kitchen on one side and a very comfortable table for 12 on the other with room in the middle for comings and goings — oh, and a bathroom at the far end of the table (behind those blinds in the collage below)! 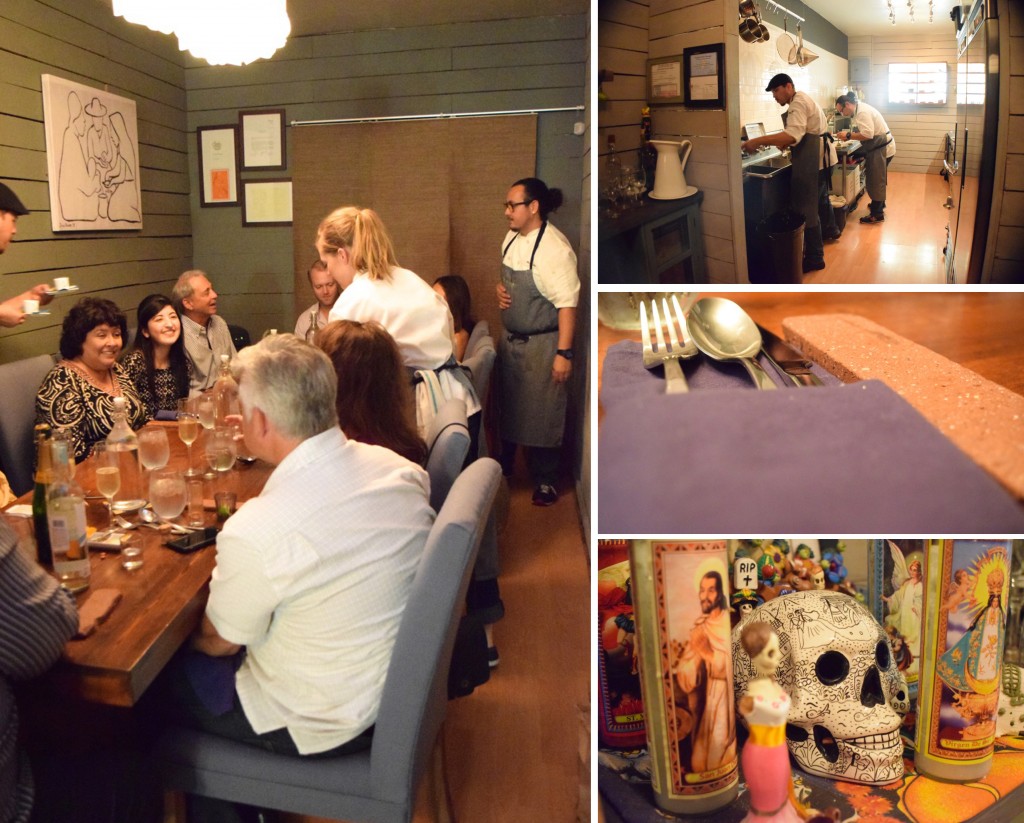 Focusing on a new state of Mexico every 45 days, Mixtli brings dishes and techniques from old-world Mexico and fuses them with a modern twist. Our dinner was centred on Puebla; Mixtli’s website explains: “Before the Spanish arrival to the Americas in the spring of 1519, the town of Cholula was a ceremonial centre and home to very important pre-hispanic flavours. The conquerors established Puebla as a center of their own religion, building several convents and monasteries. The cuisine is a mixture of the traditional indigenous fare and the influence of the Spanish nuns, in whose grand convents were born such specialties as chiles en nogada, mole poblano and a variety of sweets bordering on the baroque.”

Ain’t no sizzling fajitas here. The menu was so interesting, and I loved how the chef explained each dish as it was brought out. As any good tasting menu should, there was a lot of breadth and depth to the food and it showcased fierce skills in the kitchen. We found out at the beginning of our meal that everything Mixtli serves is created from scratch — and that’s down to something as simple as ground corn, which would be prepared old-world-style and ground by hand. Most impressive was the way that flavours and textures grew from dish to dish in layers of increasing complexity. The standout dishes for me were the “mancha manteles” (a balanced mix of carrot, cauliflower and plantain set atop a smoky sauce); “mole poblano” (think moist turkey and gravy in a blue corn tortilla); “chile en nogada” (a beautiful concoction of walnuts and pomegranate) and some of the “dulces de plaza” for dessert (there was something coconut-y that was almost macaroon-like — but better). 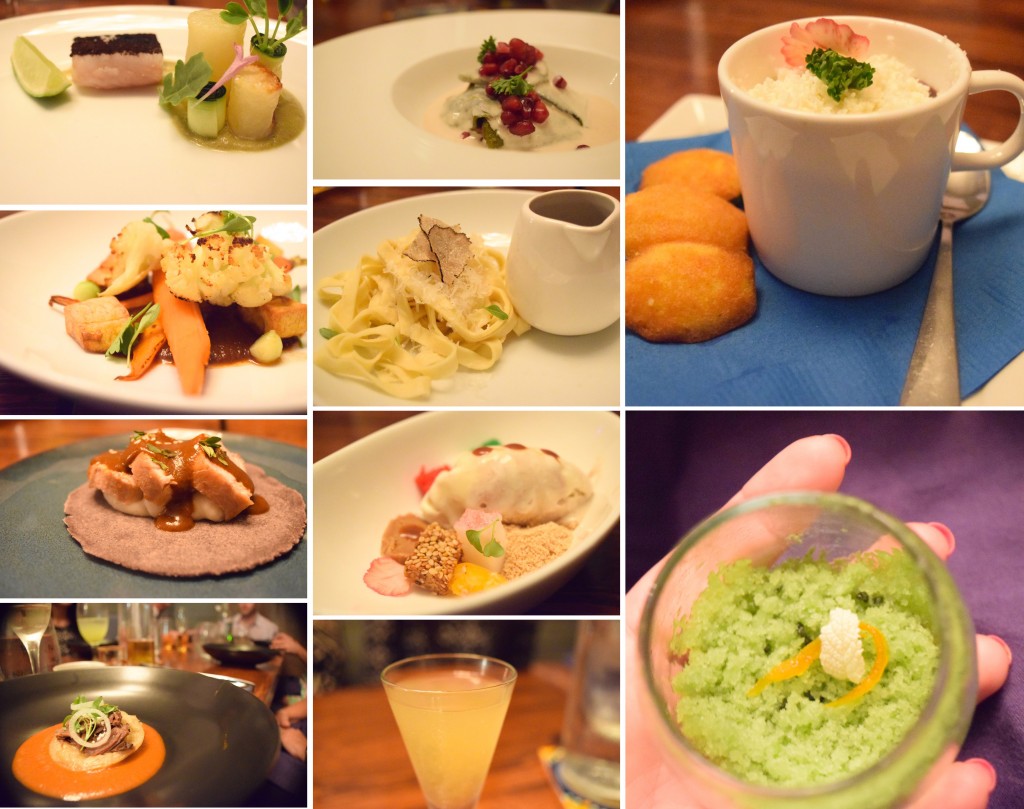 The pace was just right, and so were the portions. If you’re doing a tasting menu, you want to have frequency without feeling like you’re forcibly shoving food down your esophagus. But you also want to feel full at the end. Mixtli has it nailed.

The other diners were a wonderful mix of tourists, locals and business travellers. We were all Mixtli virgins. There were a couple of lawyers, an oil tycoon, two pharma reps (a couple who met at work) and another mom-and-daughter duo across from my mom and me. Conversation flowed effortlessly and it was refreshing to sit and do more than just make awkward small talk with others at a restaurant in that “oh, hey, we made eye contact so now we’d better act socially graceful and talk about the weather or something equally dismal” kind of way. It was easily one of the most memorable dining experiences I’ve ever had.

The overall vibe at Mixtli is just super-chill. Unlike most restaurants that are fancy enough to serve a tasting menu or have a chef’s table, you could come in nice jeans here and fit right in. That said, if you want to wear a dress and heels (I did), that works too. It’s family-style dining at its best…it just probably tastes way better than something your mom ever made.

The idea of a shared table may be daunting for those who shy away from meeting new people, or who would rather dine with only your own party. So keep that in mind before you book. Your dining experience is closely linked with who else is at your communal table — so if you have a crappy group of people as your tablemates (doubtful but I suppose anything’s possible), you’ll have a tougher time tuning them out.

Should your hotel be in downtown San Antonio, expect an expensive taxi ride to and from Mixtli. It was a good $30 each way. But worth it.

If you want a Lone Star taco kind of dinner, this ain’t it. You need to have an open mind, a welcoming palate and a desire to let your taste buds experience the true flavours of Mexico. That’s not really a gaffe at all.