In a move that’s almost unheard of for technology companies these days, Nintendo has done something that seems a bit, well, backward. Its latest handheld gaming console is the new Nintendo 2DS XL — even though its predecessor is the Nintendo 3DS XL.

But let me tell you why it really is an evolution of the older device. 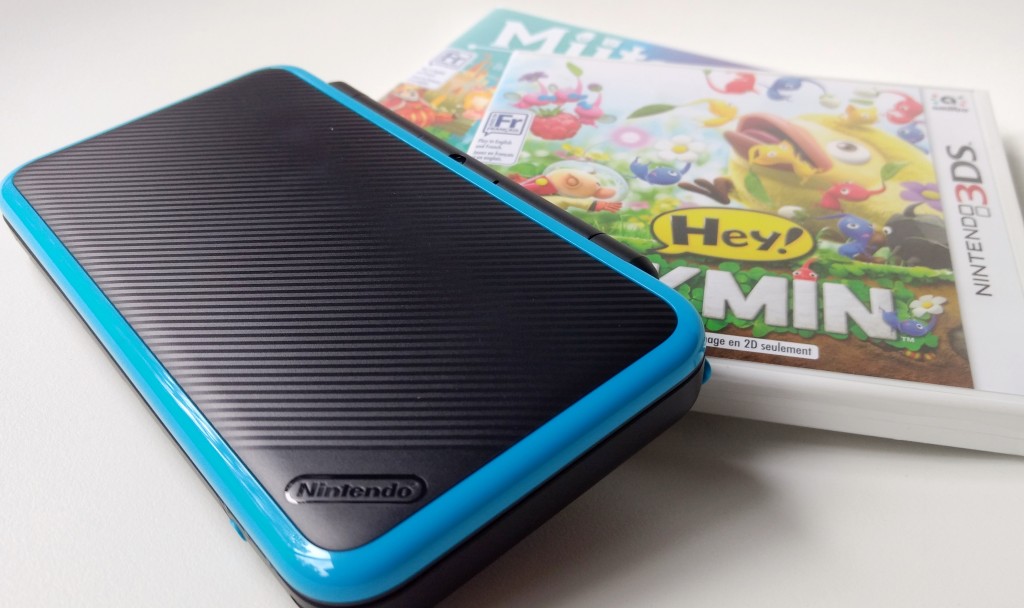 Not only is the new Nintendo 2DS XL lighter to carry but even the shape itself, though essentially the same, seems easier to hold. And, after a little research, I discovered that’s because Nintendo relocated (or removed) a lot of the internal hardware to a different area inside the device. Well, it worked; because after lengthier game play, the new Nintendo 2DS XL is definitely less of a burden to hold than the Nintendo 3DS XL.

Game play is faster, too, thanks to a speedier processor. My kids even think the screen seems bigger and the sound has improved. The K Man also swears that the touch sensitivity is better and helps him feel “really in control.” Personally, I can’t tell the difference, but I also don’t spend hours and hours on the thing.

The new Nintendo 2DS XL was so easy to set up that my kids snatched it out of my hands and did it themselves. They’re both able to read very well now compared to when we got the Nintendo 3DS XL, so I’m sure this helps. 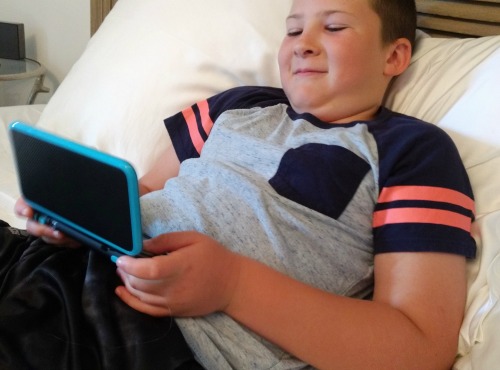 The reason this new device is called a “2DS” versus “3DS” is because there’s no 3-D option anymore. When I asked my kids about this after a few weeks of gaming on the Nintendo 2DS XL, they assured me that they don’t miss the 3-D at all. I rarely let Miss Q use the 3D option anyway because it isn’t advisable for kids under age six. And The K Man added that he rarely bothered to switch it to 3-D mode.

The new Nintendo 2DS XL still has all of the safety features and parental controls we have come to expect from Nintendo, so my kids can connect with friends using a “friend code” but not random Internet strangers. This is hugely important to me.

Thankfully, Nintendo was smart enough not to anger a mass of game-buying parents, because all of our games still work between all three handheld Nintendo devices we now own.

It even has built-in amiibo support, which means my kids can use their amiibos from our Nintendo WiiU with the Nintendo 2DS XL. Score!

One of the biggest improvements is the camera. The kids think it’s HUGELY better with Nintendo’s move to the new Nintendo 2DS XL.

The system is available for $199.99, and gets kids into a really good gaming system that’s affordable and portable without a big upgrade to something like the Nintendo Switch.

Nintendo sent us a couple of the newest games, too. Miitopia is such a great game that my kids are constantly rock-paper-scissoring for their turn to play. They love building their own characters, and they tell me that these “people” have emotions and you have to feed them. Don’t do something they don’t like, either, I’m told — or they’ll get mad.

You get to meet friends and fight monsters as the game progresses. Miss Q says there is one monster as big as a hippo! She especially likes going to the hotel to get new costumes, feed her characters and earning coins when she wins a battle. 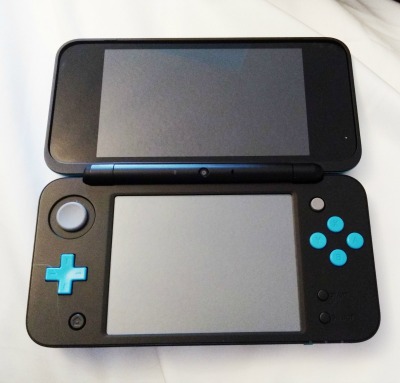 Speaking of games, the data that records one’s progress in a game is actually saved on the game itself — not the console, so that’s good news for families who might be passing down a Nintendo 3DS XL to a younger sibling who’s newer to gaming and giving the new Nintendo 2DS XL to a more advanced gamer in the house, because all that work the gamer went to isn’t lost just because s/he’s inserting the game into a new device.

The new Nintendo 2DS XL features an extra “flap” on the bottom for the games. And while this is great for keeping it clear of dust and small debris, little hands like Miss Q’s may find it harder to put the games in and take them out than the Nintendo 3DS XL. So that’s something to be mindful of if you’re gifting this to a really young player.

Overall, my kids agree that the new Nintendo 2DS XL offers enough improvements to warrant upgrading from the Nintendo 3DS XL. And the fights I have to break up seem to prove it.

Now you have a chance to win a Nintendo 2DS XL and a copy of both Miitopia and Hey! Pikmin, valued at $300. Age of majority Canadians only, excluding Quebec. Prize has no cash value. By accepting prizes, winners agree to release Nintendo, Mommy Gearest and all affiliates and agencies from any and all liability. Winners understand they must provide full mailing addresses and phone numbers for shipping purposes to a third party for prize facilitation. Contest closes Aug. 30, 2017 as indicated in the widget.


DISCLAIMER: Nintendo Canada provided us with a device and two games, along with compensation, to facilitate this post. Our stringent testing standards and commitment to sharing honest opinions did not waver.