Never in my wildest dreams did I think my firstborn would ever need academic help.

He walked at 11 months old, spoke in complete sentences by 18 months and knew every colour (even grey and beige!) well before his second birthday. He pee-potty trained in three days. And he had a voracious appetite for books, and we read to him constantly.

Although he could spell and recognize his name before entering junior kindergarten, we never spent much time at home writing it. Nor did we colour much or use safety scissors. None of those things ever really appealed to him, and I figured he’d sort himself out when he went to school. I figured that child-led learning worked for the Montessori folk, and so it would work for us.

But then he started JK and when we got his first report card, and it clearly noted that his scissor skills were deplorable. But he was meeting most of the other milestones, and we did the homework that came home with relative ease. Although his final report card that year wasn’t exactly glowing, it certainly didn’t raise any red flags and the teacher had never asked us back for a parent-teacher interview.

And so we did NOTHING in the summer between JK and SK. We just spent the summer hanging out, having fun and travelling. Of course we continued to read books to The K Man, but we rarely asked him to read to us.

I realize now, of course, that was a huge mistake on our part. Before you judge, take solace in knowing that I feel like a failure and judge myself every day for it. We could have done more. And we should have done more. I’ll always wonder what kind of difference that summer would have made on his future academic success.

Then SK was upon us, and we got back into our routine of doing homework and having him read the books that came home. We added a bit of extra homework of our own, making sight word flash cards and putting more emphasis on writing and colouring. But as any parent of a child who wants nothing to do with homework can attest, sometimes the battle just wasn’t worth it. We lead a busy family life and I again assumed that what he was doing in the classroom was enough.

And after we got that dreaded request for a second parent-teacher interview (the optional one to which only parents of troubled or delayed children are invited), my heart sank. And with only a few months left in the school year, we amped up our efforts at home. I really felt like we had done a good job; I certainly noticed an improvement with spelling and reading after we really focused on these things. Keep in mind, too, that this is a very happy, sociable child who never once said he didn’t want to go to school and ALWAYS came home telling us he had a great day.

So I was surprised by his final report card of the two-year kindergarten program we have here in Ontario. While he exceeded expectations in only half of the “graded” areas, in the other half he was “still developing.” My heart sank again. We had failed our son.

I vowed that the summer between SK and grade one would have its fair share of fun but would also have a much heavier concentration on academics than ever before.

Enter Oxford Learning, who generously offered The K Man a three-month session in its Beyond Tutoring program. We also signed up Miss Q (at our expense) for Oxford’s Little Readers program, which although will not be part of this review, I can tell you is a truly enriching experience that I think has done a wonderful job of helping prepare her for JK this year. I will absolutely be registering her for it again next summer. That aside, on with this review! 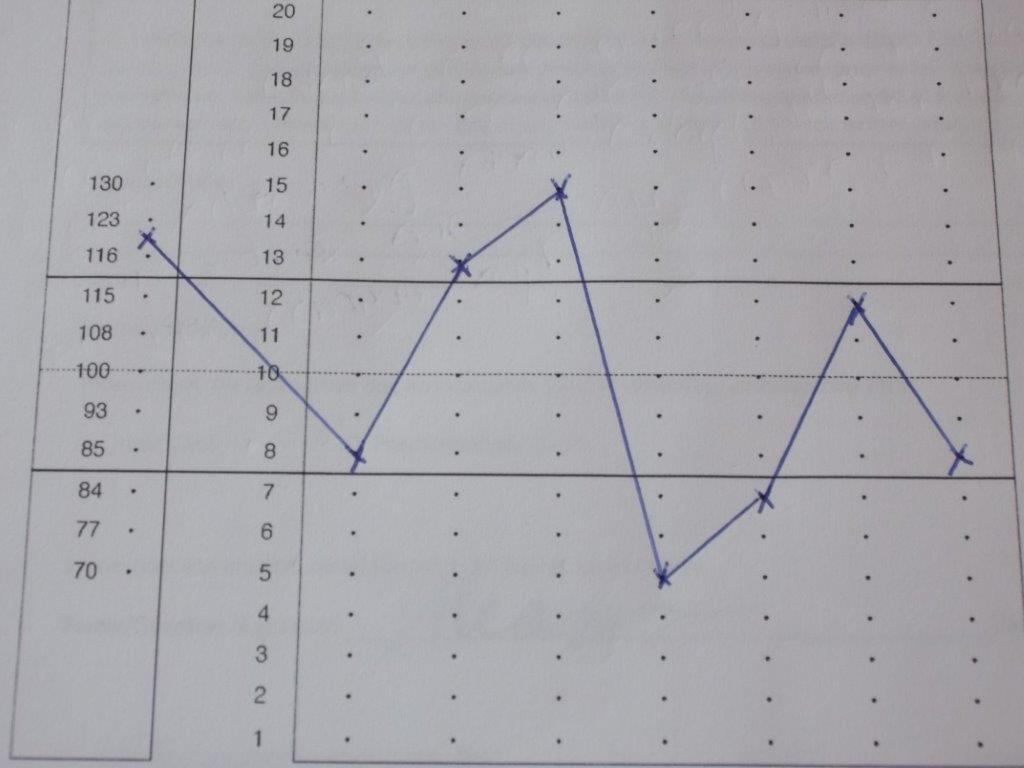 This is The K Man’s proprietary Dynamic Assessment results from Oxford Learning. The middle bit between the two bolded lines is considered the “average” scores for children his age (right down to birth month). So you can see that he scores above average in three areas, below average in two areas and within the average for three additional areas.

Oxford Learning’s Beyond Tutoring program begins with an assessment to properly place your child at the right level. If your child is six or older, part of the assessment is cognitive. This is endlessly fascinating. The 1:1 assessment itself takes between an hour and an hour and a half, and The K Man said it was a lot of fun and he felt like they just played a lot of different games. A few days later, I was invited back to discuss the results. This is where it gets really interesting. The K Man had three scores that fell above the average:  on one of his oral vocabulary tests (where he had to choose the picture that matches a word the instructor said); one of his auditory tests; and his concentration (which in this case means taking in new information, integrating it with previously acquired knowledge and manipulating it to apply it in a new way).  His two lower-than-average scores were with one of his visual tests and his problem solving/critical thinking skills; the assessor noted that the latter meant he dislikes taking risks or making mistakes. This was definitely my child’s results; he has always been extremely cautious, and I completely own that he’s probably scared to make mistakes because he has a perfectionist for a mother. It’s important for me to acknowledge this out loud because it’s something about which I need to be hyper-aware. I don’t really feel like wrecking him any more than I already have.

The class sizes are ridiculously small. We’re talking two or three students total. This means your child gets a tonne of attention.

Oxford Learning is a Canadian-founded company and program. I love me some wholesome Canadian goodness! (They have since branched out into the U.S. of A., too.)

It’s not a button-down, strict academia type of setting. Teachers are called by their first names and there’s a lot of joking in between the learning. The K Man adores his teacher, Mark. They have a good time together and I think that’s a big reason why he’s happy to be there for an hour basically doing school work.

We go twice a week, for an hour per class. This works really well for us in the summer because it still allows us to have enough days of the week to fit in our fun and not affect travel plans. We’ll see how this commitment works when we’re in school all day, every day, for the first time ever. (For this reason, we chose a Saturday as one of our Beyond Tutoring days in addition to one weeknight right after school.)

There are a lot of available times and days to attend Oxford Learning sessions. They’re open until 8 p.m. some weeknights, and (as I just mentioned) on Saturdays as well.

From time to time, The K Man comes home with an “award” or encouraging note. This is lovely. We’ve put each one in his memory box after talking about how he earned it. My favourite to date is the “We caught you checking your work!” certificate.

Although The K Man’s pencil grip is still pretty crap, in the one month that we’ve been at Oxford, I have seen a noticeable difference in his sight-word recognition and overall writing skills. It doesn’t take him as long to sound out new words either. I’m excited to see what the next two months, in tandem with grade one, bring.

The assessment costs a couple hundred bucks. And when you’re then going to face a monthly commitment of $450 for the Beyond Tutoring program, this stings a bit if you’re on a tighter budget. I understand that the company doesn’t want parents to just take the assessment results and use them outside of Oxford’s walls, but there’s got to be a way to have a more win-win situation. Perhaps if parents sign on for a six-month (or longer) stint, the assessment is included. Just throwing that out there.

There is no second assessment to visually benchmark progress. So at the end of our three months, the teachers will be able to tell me verbally how our son is improving, but I don’t get to see it on another fancy chart. I’m a chart kind of gal, so I would appreciate this month-over-month comparison on paper.

It’s not inexpensive. Each centre’s charges fall within a range of somewhere between $350 and $450. Obviously, demographics and local living expenses all play a role in determining the exact amount, so you need to check with your local Oxford Learning location to get an exact amount. I know this is just outside the realm of possibility for some families. Food, shelter and other basic necessities come first. But for families who are eating out a lot, shopping at higher-end stores or spending thousands of dollars per year on hockey or dance lessons, I personally think something like this comes first. Academic achievement should trump weekly restaurant visits or new hockey gear.

First, find an Oxford Learning location in your ‘hood. Then, contact them and together choose the program that’s right for your child. And you’re off!