The first stroller we ever owned, way back in 2008 when The K Man was born, was a phil & ted’s. Back then, I think there was only one model. It was what many of my friends had and suited our needs well enough but its rear axel posed problems for Big B and his long stride; he’d often be seen strolling beside the stroller instead of behind it. So we parted ways.

We’ve owned and/or tested numerous strollers since then (the original UPPAbaby VISTA [the 2008, 2009 and 2013!], EasyWalker DUO, 2015 UPPAbaby VISTA, Britax B-AGILE, mamas & papas armadillo, Chicco Activ3, Chariot’s Chinook2 and Corsaire XL, Mountain Buggy Duet, Cybex TWINIX, Bumbleride Indie Twin, G+G 125 Hornby, Britax B-READY, Bugaboo Donkey, Peg Perego Book Plus Completo, Mountain Buggy Cosmopolitan and the BOB Revolution Flex, to name a few). So believe me when I tell you that my frame of reference for stroller reviews is solid. I still maintain that the “perfect” stroller does not exist, but I’m thrilled to see more and more brands taking consumer feedback seriously and integrating it into new models year after year.

Late last year, as part of my stroller overhaul in CanadianFamily.ca’s Baby Gear Guide, I decided to revisit phil & ted’s and had the great pleasure of testing out the phil & ted’s Dash. It made the final cut for the single-to-double stroller category; here’s why… 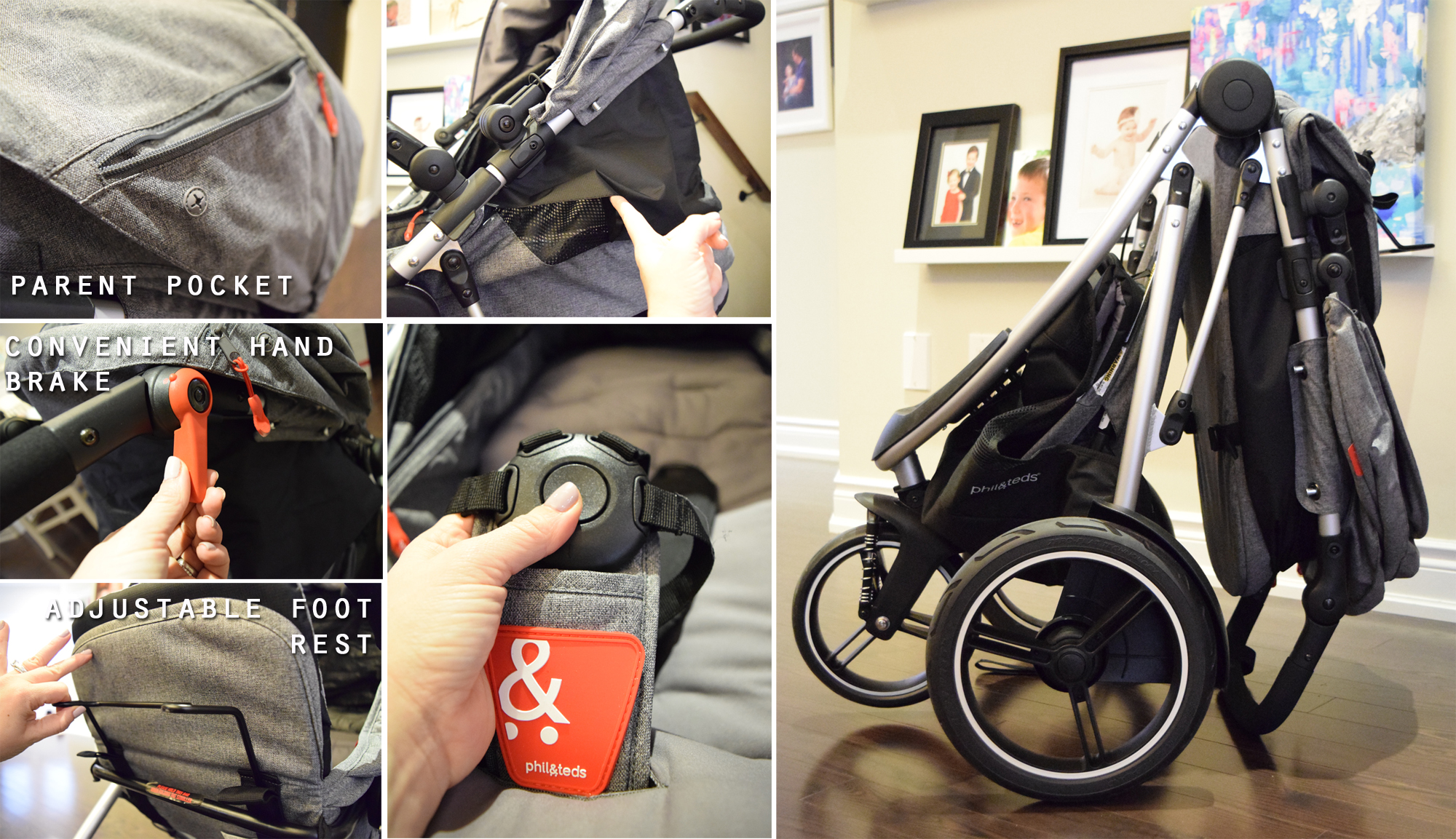 There have been so many improvements to the overall phil & ted’s experience that the Dash feels, essentially, like an entirely new stroller from what I owned seven years ago. These include:

Installation is slightly more involved than with a Britax stroller, for example (which basically comes ready right out of the box), but is really relatively easy.

I like that the brand has stayed true to it’s three-wheel incline, and those who’ve easily pushed a three-wheeler in Canadian snow know that no manner of front-wheel locking can make a four-wheeler come close.

Strolling in the rain isn’t going to ruin your spring trousers, either, because the wheel’s mud guards do a terrific job of keeping the crap confined to the tire area.

This is one solid stroller. It feels sturdy in your hands and there’s no danger of a heavier kid busting out of it. (Just respect the weight limits.)

The Dash still has reliable, comfortable suspension for which p&t is known. So moving over rougher terrain is a breeze for you and not a bouncy mess for baby. 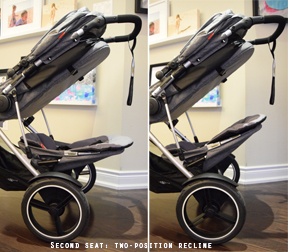 This stroller will take you from newborn baby years with its compatible travel system, right through to the kindergarten years (with another new babe in tow!). Miss Q was in the Dash only last week; she’s five years old, about 45 inches tall and around 43 pounds. She was totally comfortable in the phil&ted’s Dash main seat — not something we’d be able to do in, say, an UPPAbaby VISTA these days.

I like that the second seat now has two recline options, too. (Even if the mechanics still need some fine-tuning.)

I honestly don’t remember if my original p&t had puncture-proof tires, but the Dash sports aeromaxx wheels that never need pumping up and won’t go flat if you roll over a tack.

Going up and over curbs is a breeze — just pop your foot on the rear axel (hey, it’s good for something!) and give it a little extra push and over it goes with serious ease.

The fabric is beautiful. Really high quality and I think you could spot clean effectively (though, admittedly, I don’t have barfing babies who also tend to poop up their backs anymore).

The Dash turns on a dime, like its predecessors, making one-handed strolling easy.

At around $650 in Canada, the Dash is in line with other higher-end stroller brands. But this time, it deserves to be there. Add about $170 for the doubles kit and another $40-50 for a car seat adaptor, and it’s a good thing your $850+ stroller will last you until your youngest is five.

No matter how great it is, the fold is not intuitive. That means you may need to re-visit the manual if you’ve taken a hiatus from your stroller or give it to a new caregiver who’s unfamiliar with your Dash. Because after not toying with the Dash for a couple of months, when I went to fold it up the other day to take it to the mall (Miss Q was sick and I really needed to go shopping), it took me a solid 10 minutes to remind myself what to do. Here’s a video I shot just in case you’re trying to figure out how to fold YOUR phil & ted’s Dash stroller:

Setting up the second seat required that I look at the manual and follow actual instructions, rather than just use my years of stroller-assembly experience to do it blindfolded with crossed fingers as I usually do. (OK, not quite, but you get my point.) That said, it was fairly — but not entirely — straightforward once I read the manual carefully. The main thing is that you get those two circular attachments, into which you’ll eventually snap the second seat, on the correct sides. HINT: The one with the grey button built into the side goes on the right hand side. 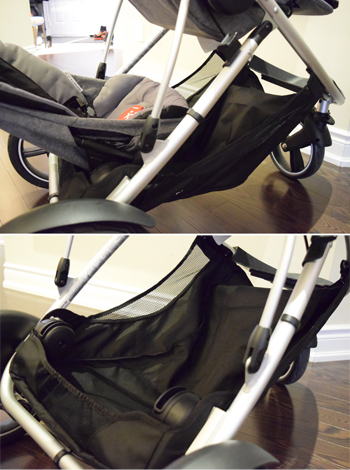 The basket is quite small, and even smaller when you add the second seat. If you’re used to a VISTA basket or you aren’t used to anything yet but plan to use your basket for a diaper bag, groceries, and that sort of thing, you’ll want to check out the Dash in real life first to be sure this won’t be a hindrance for you.

I’d probably stick to using the Dash with a newborn only as a travel system with your preferred, compatible infant car seat — I was never a fan of the way infants sat in a full recline in the p&t seat and it appears that it’s the same now as it was then. But by five or six months, when your baby will often outgrow the infant seat, you’ll be good to go in the Dash.

I dislike the recline feature greatly. I have tried so many different recline options over the years and the only kind that don’t wake up sleeping babies are those that are smooth thanks to a lever. Buckles and/or zippers (the Dash has both) are not my fave.

The Dash doesn’t come with a rain cover?! I expect any stroller in this price range to come with bells and whistles, but certainly for a necessity like a rain cover, I don’t want to have to fork over another $35. Same goes for the sun hood on the second seat. You NEED a sunhood, and it should be part of the doubles kit — but it isn’t.