If you want someone to write a thorough restaurant review, I’m your girl. I may not be adept at picking out obscure “notes” lingering in the wings, but I will arrive hungry, try anything and pay deep attention to the way food hits the palate, and how every ingredient is married. I will be discerning yet fair. Adventurous and appreciative. I will probably even dance a little in my seat as each course arrives. Because me and food? We’re good friends.

The food we enjoyed at The Post Hotel & Spa was so exceptional, so magnificent, that it warranted its own separate post.

One thing that really stood out (and we very much enjoyed) was the European service, whereby your server will not clear plates until everyone at the table is finished eating. I so prefer this to the more typical North American clear-as-they’re-done style, which makes me — who is a slow eater — feel rushed.

Servers in every restaurant were exceptional and without meaning to offend any of them, I just have to give a shout-out to Olivier who was our server the night we invited four friends to join us for dinner. We are not a quiet bunch, and there were BIG personalities all around the table. We’re a group who isn’t afraid of banter. And Olivier ran with it. He snapped back with quick-witted humour and somehow managed to entertain us well beyond when we should have stayed (considering we were the last ones in the dining room that night).

There are three distinct restaurants at The Post, each deserving of its own section and accolades:

The Post Hotel’s main restaurant is perfect for breakfast, lunch and dinner. For breakfast, we had the Swiss Rösti Skillet not once but twice, making sure it was our final meal before check-out so the flavour lingered all the way to the airport. 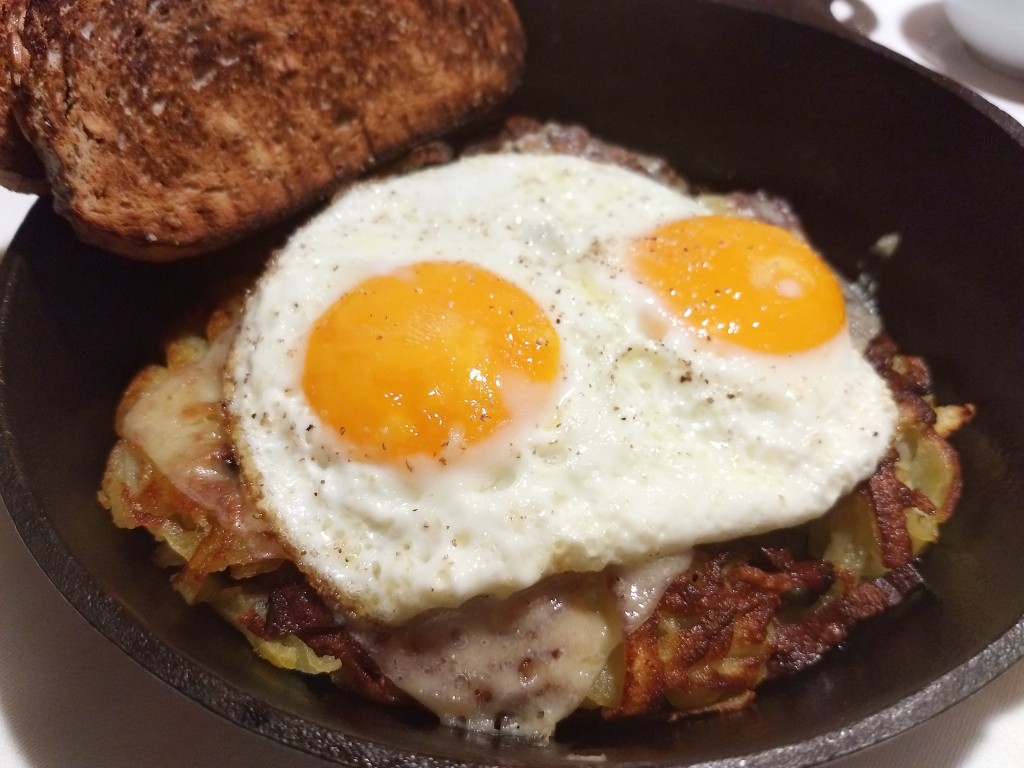 We ate dinner here nearly every night, not only so we could try as much as possible on the menu to tell you all about it, but also because once we had our first dinner there, we simply couldn’t resist returning. The food is magic. Every bite inexplicably better than the last. 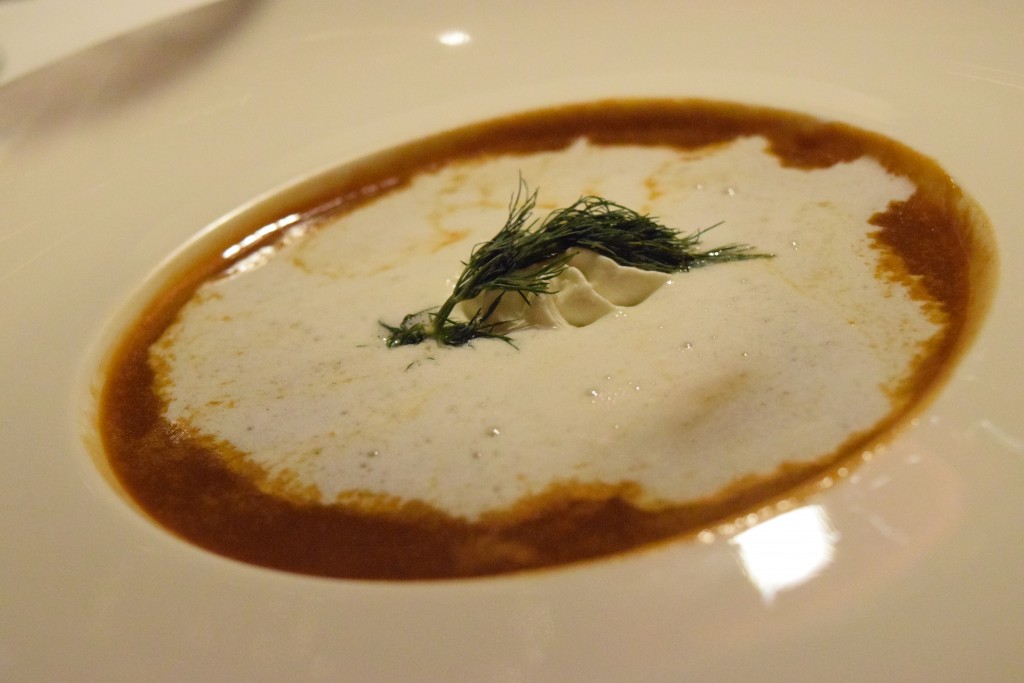 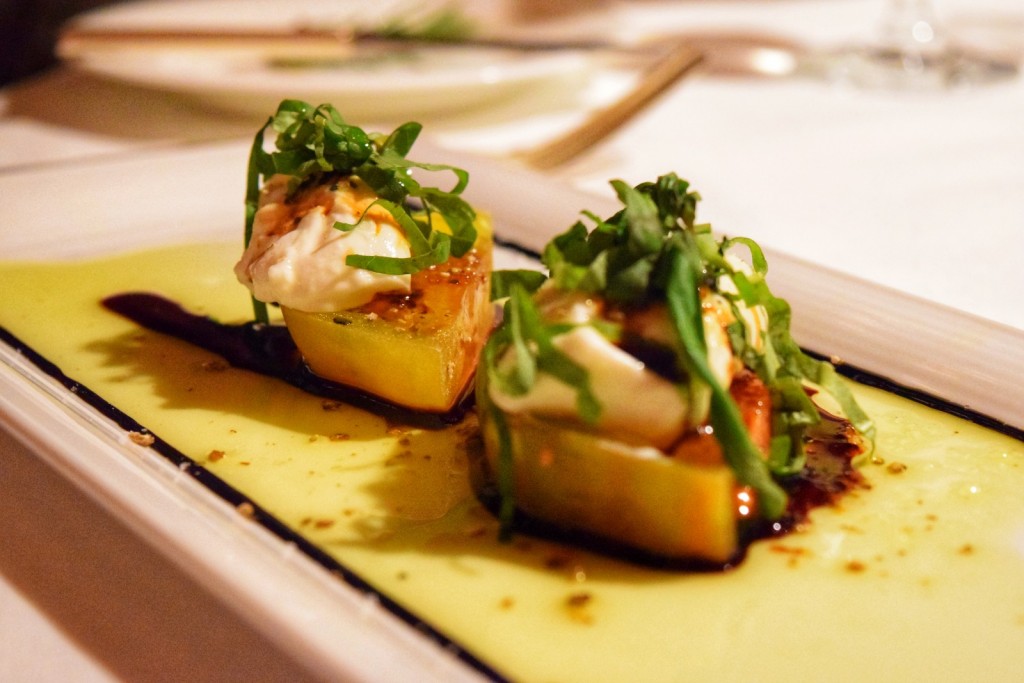 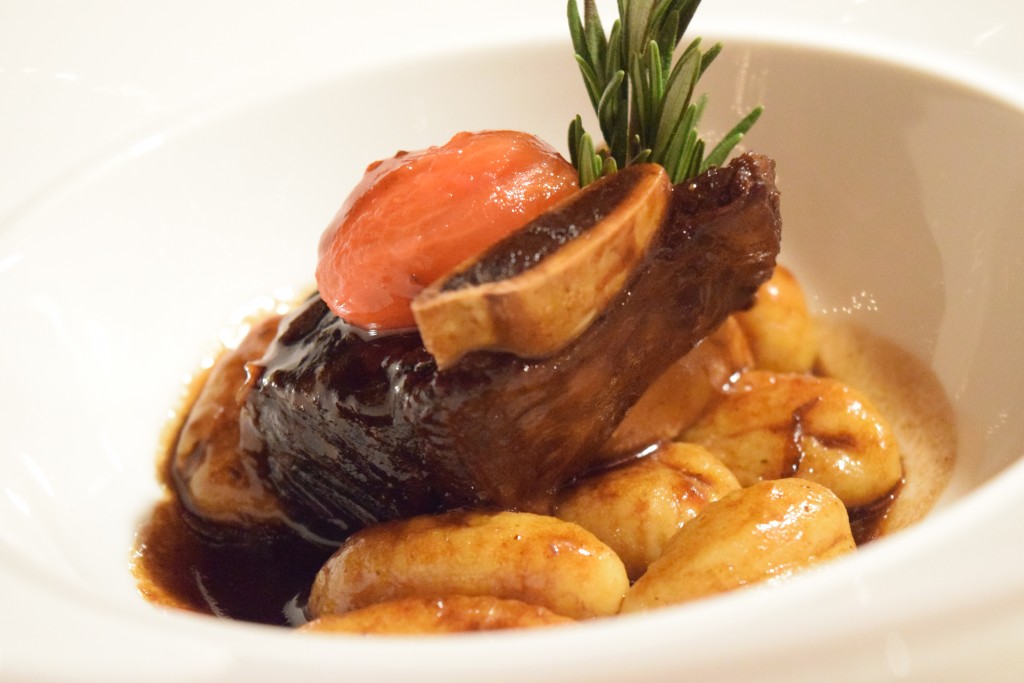 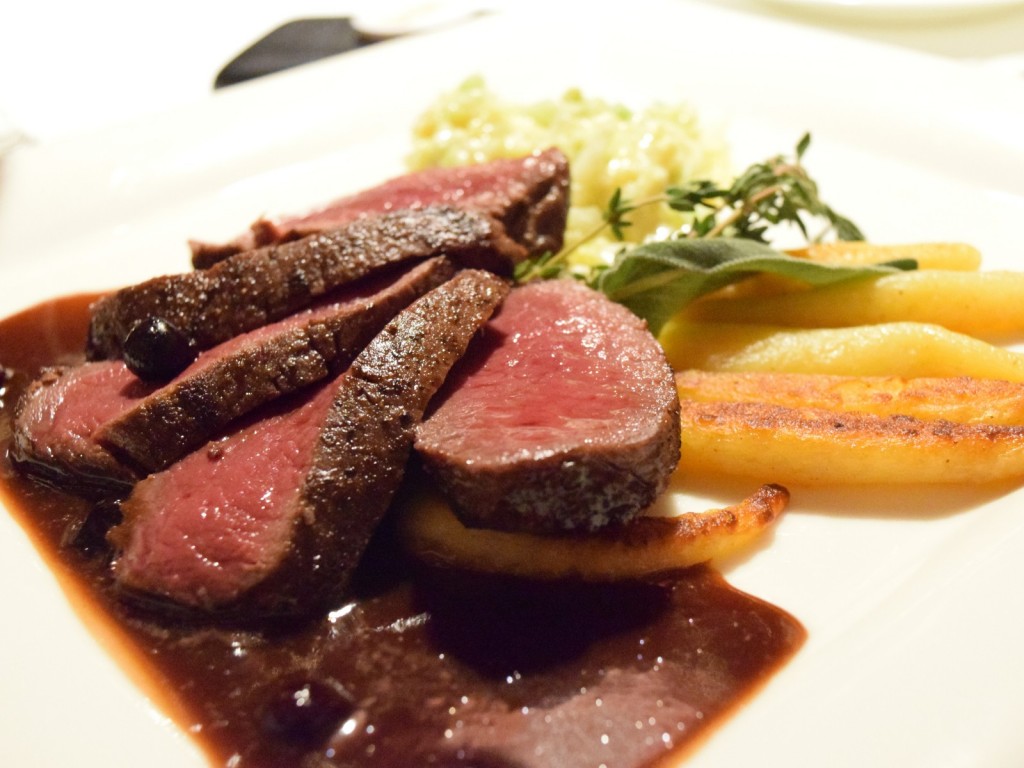 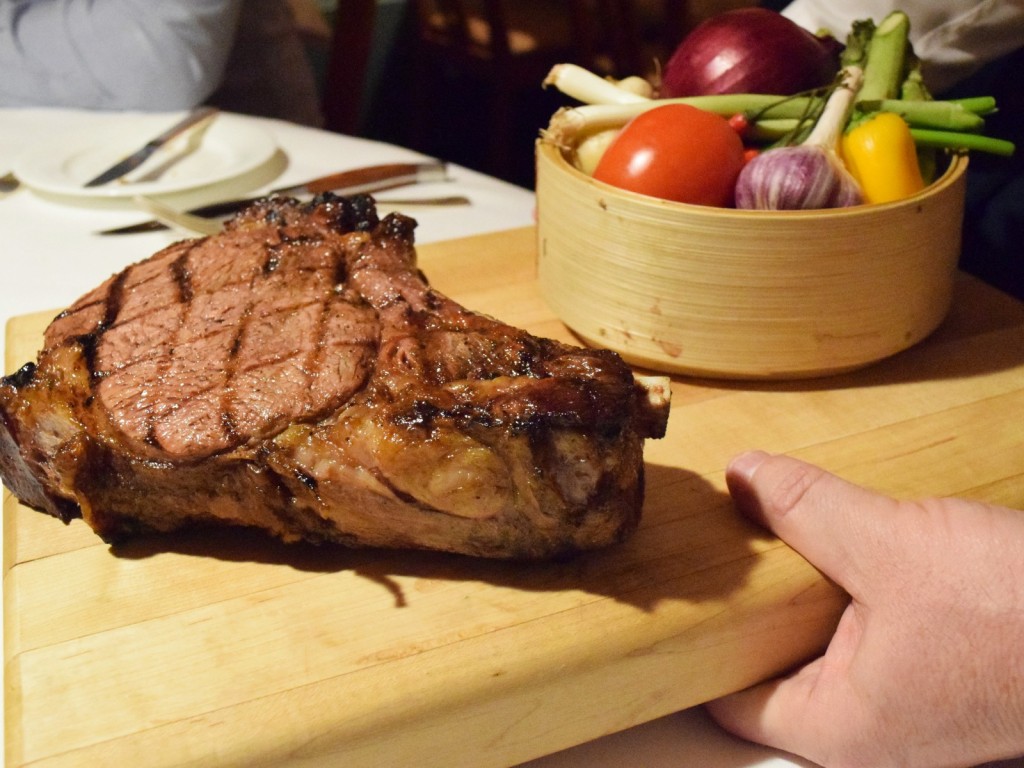 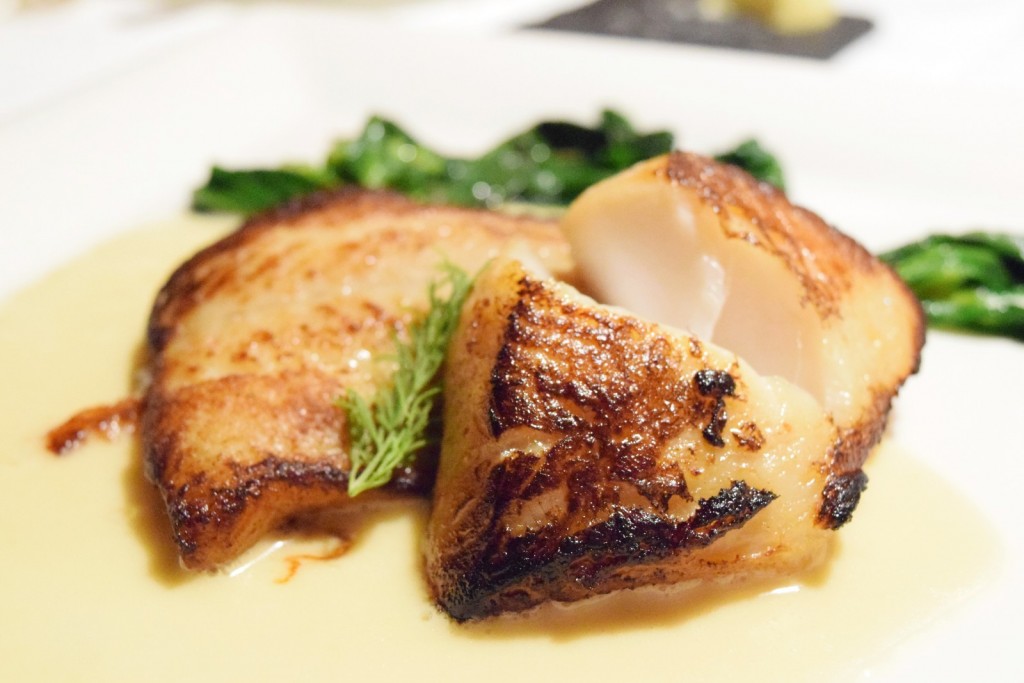 There were six people at our table and everyone agreed that our shared experience at The Post — between food quality, quantity and presentation, service and ambiance — exceeded any expectations we had and was in the top three meals of our lives. ALL SIX PEOPLE. 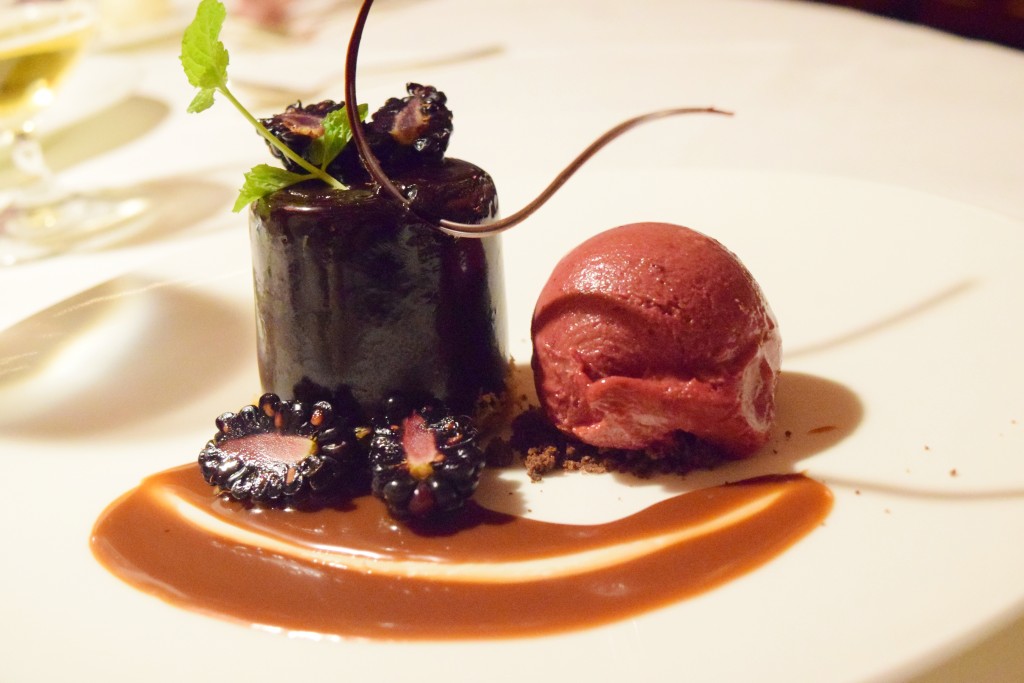 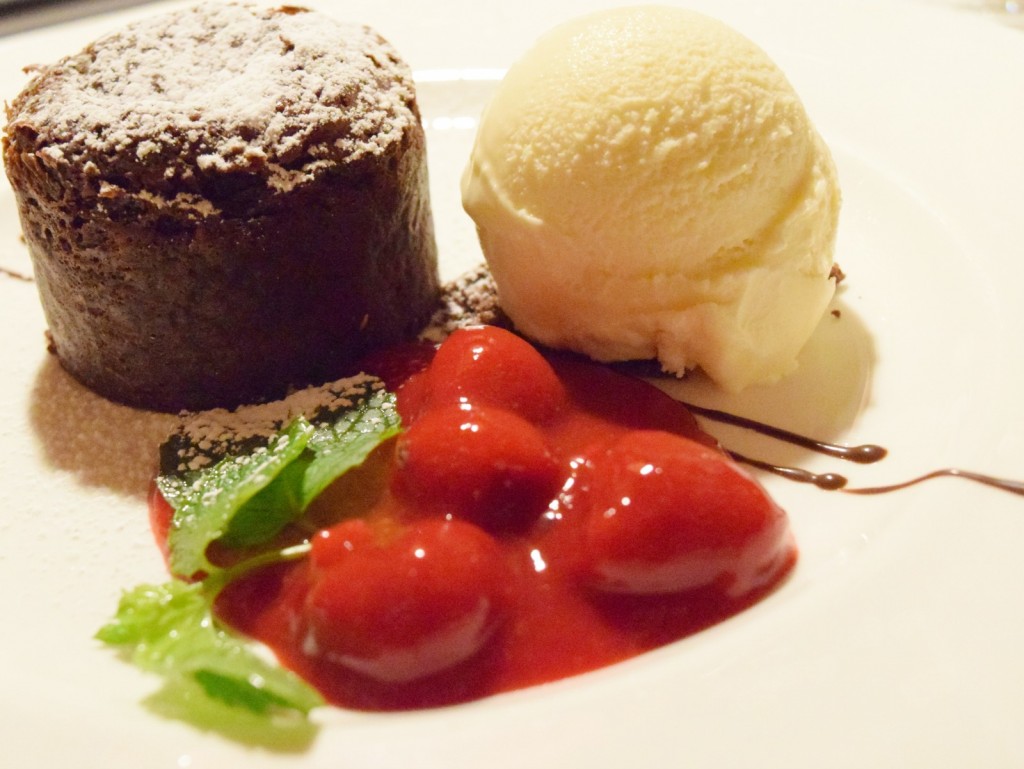 If you don’t do fondue after a big day on the slopes, does the day even count? I’m not so sure. The two go so well together.

What must be described as a restaurant within a restaurant, Fondue Stübli is a small, wood fire-warmed room adjacent to the main dining area. With its own servers and its own menu; but you can also order cold or hot appetizers from the other restaurant.

The décor is still reminiscent of the owner’s Swiss heritage and passion for skiing (he ran the Ski School at Lake Louise Ski Resort for many years), and you won’t need to wear a sweater in here because of the fireplace.

Again with the portion expectations at The Post. Holy wow. We ordered the traditional cheese fondue, which says is “for 2.” We are two larger-than-average humans with healthy appetites and there was NO CHANCE we were going to finish that fondue (even if we hadn’t started with an appetizer). It was enormous and could have fed six. It is not a pot of cheese — it’s a vat.

The fondue comes with a big basket of fresh, diced baguette — that comes from Laggan’s bakery in the little village across the bridge beside the hotel — just ready to be dipped in the cheese, which is mixed with kirsch and even has some Oka thrown in for some added Canadian flair. I actually ate much more than I should have because it was the tastiest fondue I’ve ever had.

We also felt like we had to try the chocolate fondue for dessert, also apparently “for 2.” (No, no — again, this is a dessert that could certainly feed four to six people.) The Chef has again used the Callebaut chocolate and it’s paired with a beautiful fruit platter filled with slices of mango, bananas, strawberries, Mandarin oranges, pineapples and an assortment of sweets to boot. This is a must.

The Outpost is billed as a pub, but gastropub would be more appropriate. Truly the only downside is that as a guest of the hotel you have to walk outside to get there! I suppose that makes it much more like a separate entity for those not staying at The Post, though, because you don’t have to walk through the hotel to find it.

More great service here, matched by fabulous food. It’s elevated pub-style eats all done with the same level of excellence we experienced in the other two restaurants at The Post Hotel & Spa.

Two of us had the baked traditional French onion soup (probably the two most discerning diners at the table out of the group) and concurred that it was one of the best ever. I know I keep writing that but it’s true.

Honestly, everything we ate was “the best” or “one of the best” things we’ve had in our lives. There’s a reason that Condé Nast awarded The Post Hotel & Spa “Best Food in the Americas” on its Traveler’s Gold List.

The Outpost Burger was everything a burger should be (right down the the Alberta prime beef patty) and the fries that came with it were chip truck-worthy.

I would be remiss if I didn’t give a proper mention of the Wild Land Caeser at The Outpost, all dressed up and ready to be Instagrammed. It has a slice of bison jerky on it, after all. And it doesn’t just look good — it’s one damn fine Caeser. 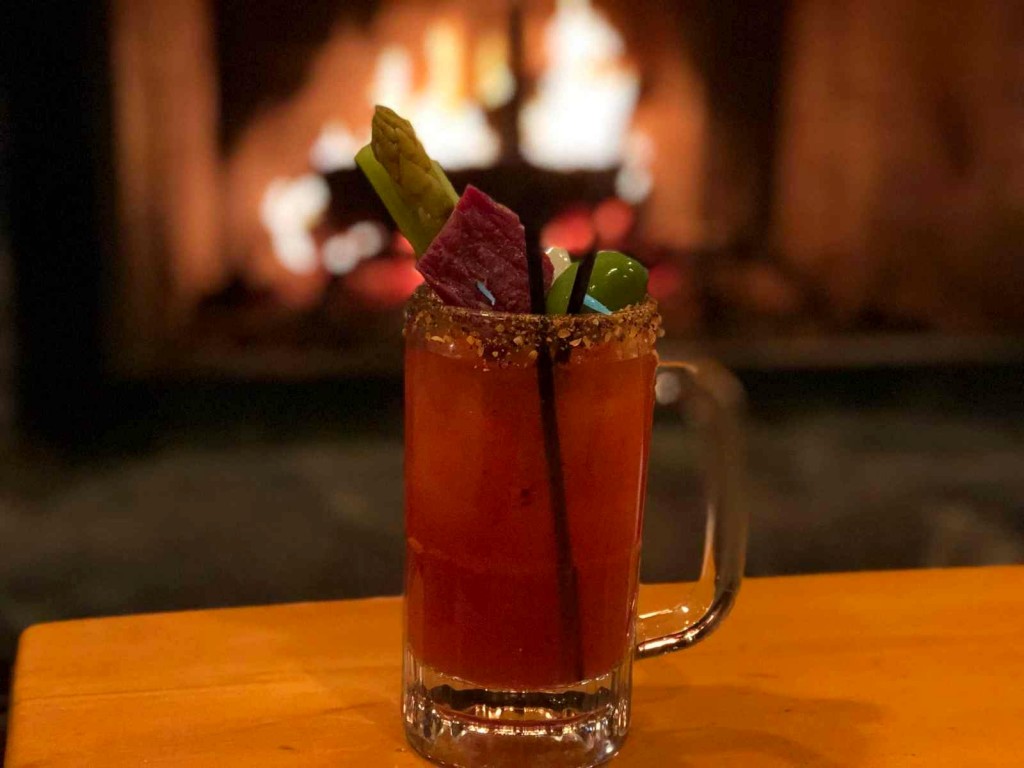 Obviously, you need to start planning your visit to Lake Louise…even if it’s just for the food.

DISCLAIMER: The Post Hotel & Spa hosted our stay, but all opinions are my own.

Skiing in Whistler & more: winter planning guide
Aruba: one of the best island getaways you’ll ever take
Give unto others: charitable gifting