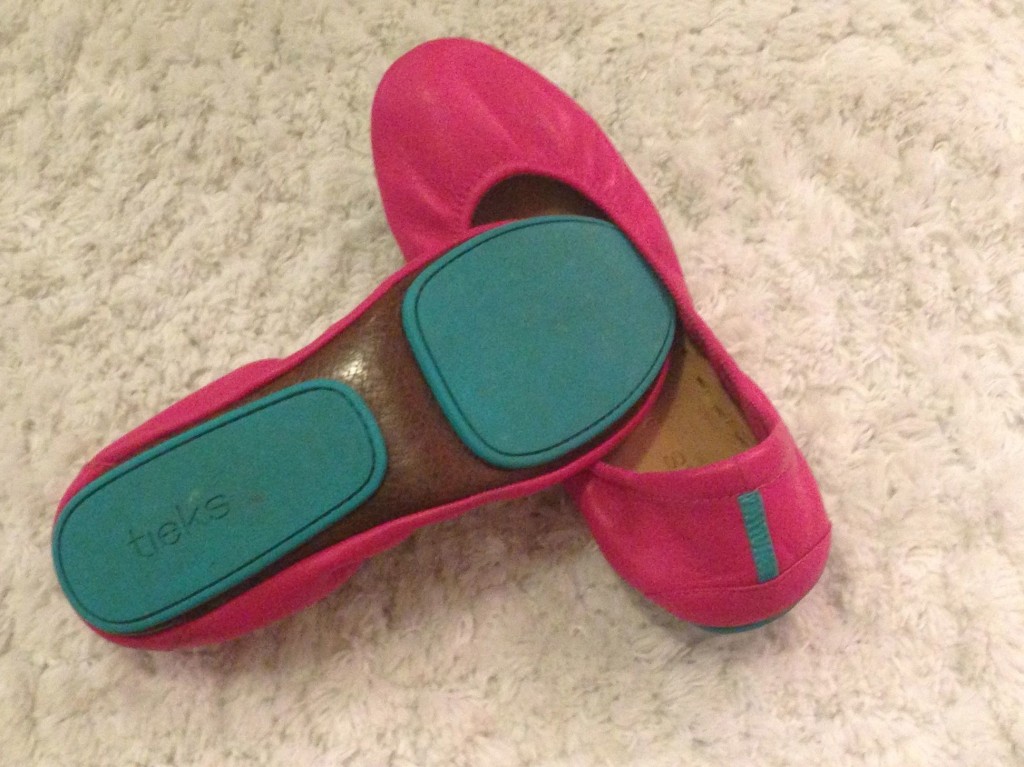 The tell-tale turquoise sole of every pair of Tieks.

There I was, innocently reading through my Twitter feed, when someone mentioned “comfy shoes” and “Oprah” in the same breath. Er, tweet.

Now, I love me some Oprah. But what I love even more are comfortable shoes. And if you’ve watched even just one Oprah season, you know she calls her shoes by the amount of time she can comfortably spend in them. As in, “these are my 15-minute shoes.”

I had the feet of a 90 year old. At least, that’s what the doctor who performed my ankle surgery told me several years ago. By his calculations, next year I’ll have 100-year-old feet.

Between arthritic spurs and bunions, my feet are a disaster. I spend as much time as possible barefoot (not pregnant), and I select footwear based on how much sitting I’ll be able to do. For example, if I know I get to walk into a joint, present my fabulosity and sit my butt down for the next three hours, I’ll gladly throw on a pair of sky-high platform stilettos. But if there’s even a chance that I’ll need to stand for more than 30 minutes, I choose a very low heel or flats.

It tagged @Tieks, which I followed straight to its website where I was presented with the most spectacular array of leather ballet flats. Apparently, Oprah’s a fan. Here’s why: 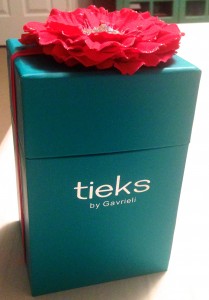 Tieks come in just about the prettiest box you ever did see. Miss Q nabbed the flower and demanded it go in her hair immediately. I could hardly blame her.

Oh, the colours. Everything from white to black to metallic snake skin and just about any other colour imaginable. I’m a big fan of pink and there were three or four shades to choose from – I went with the fuchsia and it was very true to the colour on my computer screen.

Sizing was spot on. Having never ordered shoes online before, I was nervous, but my size nines arrived and fit like an old glove. Even curving up and over my bunions rather than cutting straight across them like so many ballet flats do.

Seriously incredible leather. Like butter. Soft and supple but thick to give them good shape and longevity. They didn’t take any time to break in but you can tell they aren’t going to wear out quickly.

Like Louboutins, the soles of every pair of Tieks give way to the brand identity. I love the flash of turquoise on the bottom of these shoes – not least of which because the colour is reminiscent of a certain jeweller.

Speaking of the Tieks soles, you can really see the quality on the strip of leather than runs across the entire sole.

The insoles are nicely shaped, lending decent arch support and cushioning my feet with every step. 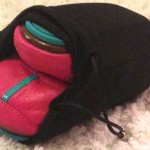 Every pair of Tieks comes with two bags: one black one that will hold your Tieks when they’re folded in half (perfect purse size), and one turquoise one that folds in on itself; when unfolded, this bag can carry the heels you wore out, in which knew you’d never last.

I wore my Tieks for about 10 hours a day, three days in a row for the blogger mega-conference called BlogHer, and my feet thanked them for it.

By the end of an average eight-hour day at work, on my long commute home, my right shoe starts to feel like it’s digging into my heel. Tieks are, after all, “springy” since they fold. But on a bad day, it literally feels like my flat is trying to close in on itself like a clamshell whilst my foot is still firmly planted in it. (Read my two-year Tieks update to see how long this lasted.)

Shipping costs to Canada suck at about $30 per pair (free shipping if you’re in the USA), which is discouraging. That said, at $175 for a pair of really well-made leather ballet flats, I’d spend it all over again – shipping charges be damned! – for a second pair. I’ve bought Tory Burch flats for far more than that and they haven’t been even half as comfortable.