I swear, I used to be super-outdoorsy.

I was the kid who played alongside creeks and caught fish. I once found a garter snake and brought it home as a pet. I have portaged. I have set up tents in many provincial parks. And I can roast a mean marshmallow.

And I want my kids to have those experiences, too. But I have to get back to who that person was first.

Maybe all I need is a little inspiration? 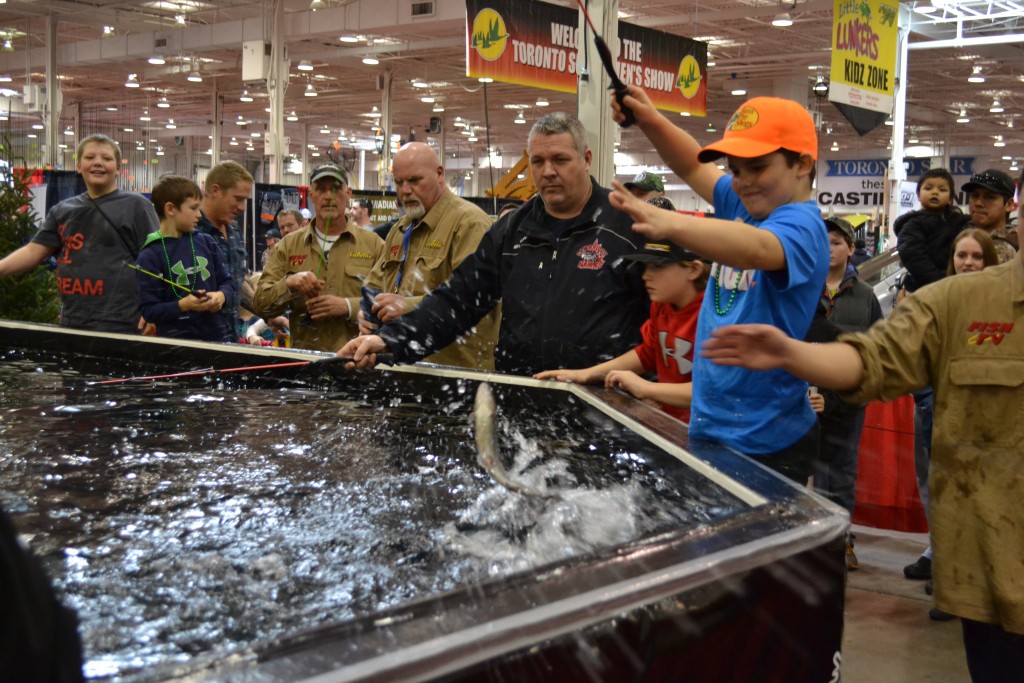 This March Break — from March 15 to 19, 2017 — there’s a place to inspire your little one’s curiosity about the great outdoors. There’ll be an archery range. Wildlife exhibits. Chainsaw carving. Fishing seminars. Oh, and we mustn’t forget shopping.

The Toronto Sportsmen’s Show is Canada’s biggest outdoor show and it’s all about bringing All Things Outdoors under one roof.

It’s the best of huntin’, fishin’, boatin’ and outdoor adventurin’ across 350 exhibits — many of which are interactive and multimedia. 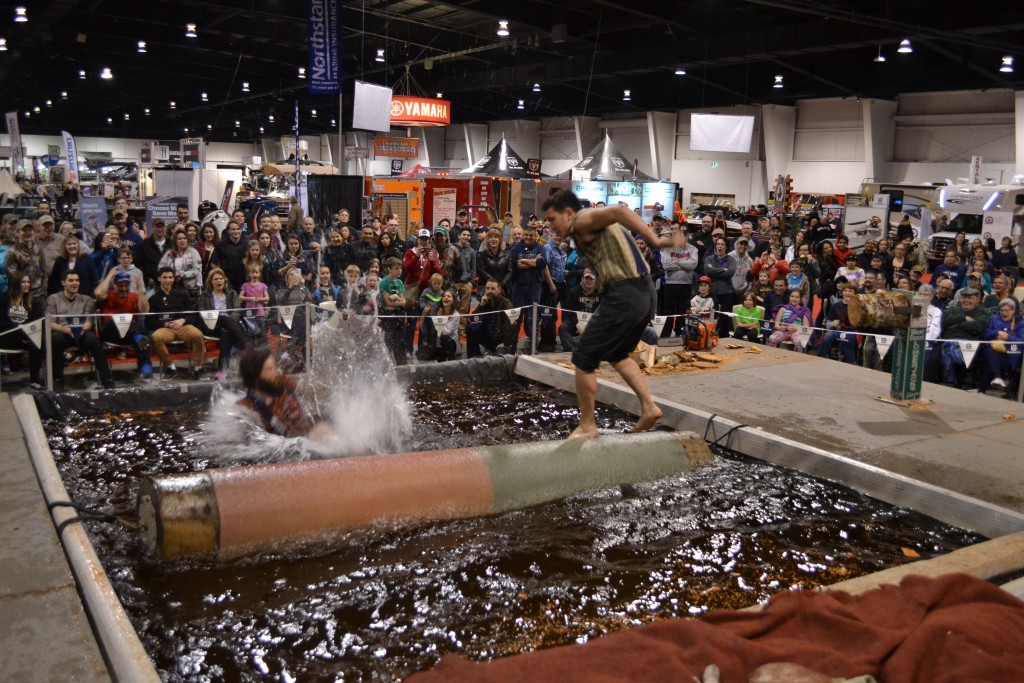 Take the West Coast Lumberjack Show, for example. If this doesn’t want to make you take up axe-throwing, nothing will. (P.S. I really, really want to take up axe-throwing!) The show will also feature block-chopping, log-rolling and cross-saw racing. My kids would love these demos!

There’s also going to be a chainsaw artist onsite. Yep — that’s a thing. Kevin Lewis looks at a tree stump differently than you and I. In them, he sees wildlife just waiting to get out. And his trusty Husqvarna chainsaw brings that artistic vision to life. He’ll be busy chainsawing away throughout the show, which sounds pretty awesome.

And as much as the chainsaw art and lumberjack show would be super fun, I’d probably have a hard time dragging my kids away from the Speaking of Wildlife booth, where visitors will have a chance to meet and learn more about native species of Ontario — such as beavers, owls and skunks. (Cute!)

Hands-on activities for the whole family abound at the Toronto Sportsmen’s Show: 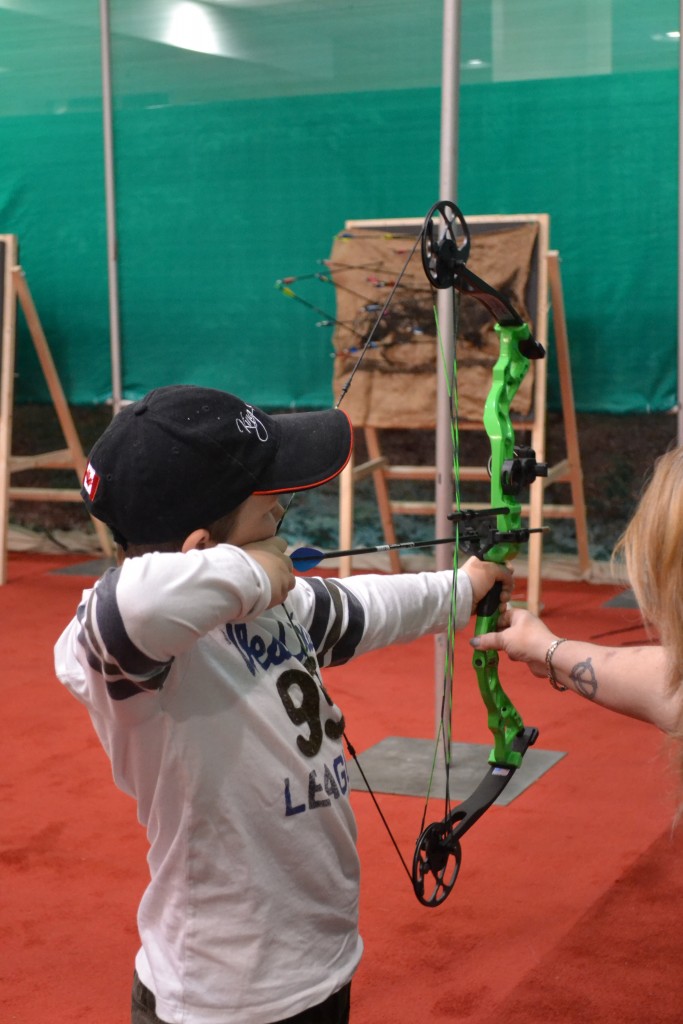 The WoofJocks Canine All Stars’ variety show is a guaranteed hit, too. From agility to obedience, the fun factor with these guys will be HIGH.

Survival experts David Arama and Skeet Sutherland are also there to help amp up your next extreme adventure.

Two families will have an opportunity to check out this year’s Toronto Sportsmen’s Show. I’m giving away two sets of six tickets, and all you have to do to win is share this Facebook post, tag a friend in the comments (on Facebook) and leave a comment on this blog post (below) letting me know how you and your family enjoy the great outdoors. A random winner will be drawn on Friday, March 10 at 12 noon ET.

DISCLAIMER: I received compensation for this post. All thoughts and opinions are mine.