Put your hand up if you call yourself a McMom without any shame.

Mmm-hm. That’s what I thought. There aren’t too many of you.

I didn’t let The K Man step foot into a McDonald’s until he was two years old. I was proud of that. I was proud that I’d fended off the marketing prowess of the Golden Arches for the 18 months my son had been alive and eating solid foods. (Because, trust me, he knew those arches belonged to someone faintly recognizable; I believe he thought it had something to do with Old McDonald. Maybe he thought it was the farm.)

I admit, though, that when I finally gave in and let him enjoy his first taste of crispy McNuggets, I was relieved. Because that meant I could openly eat McDonald’s again instead of waiting until he was in bed at night or the one day my Mom visited and I was gifted a few hours of alone time beyond my front door.

Because, damnit: I love Big Macs. And McNuggets. And those fries. Dipped in Sweet & Sour Sauce. And if you played the song today, I would likely remember every single lyric to that catchy ad from the ’80s. (OK, that’s a small lie. Not every single lyric. Because I just Googled it to see if I could find it for those of you who have no idea what song this is: The McDonald’s Menu Song.)

Skip ahead a few years and I was at a social media conference where the president of Ronald McDonald House Charities Canada (RMH) spoke. By the end of her one-hour speech, there wasn’t a dry eye in the house. She moved us with stories about the families who were saved from financial ruin because they could turn to RMH. About the children who were able to have their loved ones close while they were in hospital for what could only be described as harrowing, heartbreaking diseases, treatments and surgeries. About the many holidays and celebrations and challenges shared and faced inside the walls of the RMHs across Canada and around the world.

That was it for me.

In that moment, I swore to never again feel guilty about buying my kids Happy Meals. Because every single one contributes to the good that RMH does. Every. Single. One. You don’t think 10 cents adds up to much? Think again. Since January 2004, McDonald’s Canada and its franchisee owners have raised $42 million from sales of Happy Meals alone.

And now WestJet is helping more families come together at RMH. Just by watching this video, you’re helping:

Now, I still make my kids share one pack of fries and one bag of apples, mix one white with one chocolate milk, and I don’t let them eat the sugary yogurt, but I think about RMH and the families it serves as I divvy it all up and we scarf it all down.

Since that speech so many months ago, I’ve had the fortune of seeing two families live through touch-and-go times at Ronald McDonald Houses. One in New Zealand with their toddler and one here in Canada. I want to share their stories in hopes that it helps erase the guilt you have about being a McMom.

These are their love letters to Ronald McDonald House, in their own words…

“Ron’s House, as my family calls Ronald McDonald House, is our home away from home. For many families, RMH is a sanctuary in a short whirlwind of medical emergency. For our family, Ron’s House became home for most of 2013. A place where I was able to retire to after a night of broken sleep and stress to take a breath, wash away the worries, catch up on sleep and find a dose of normality with other families who were also temporary permanent residents. 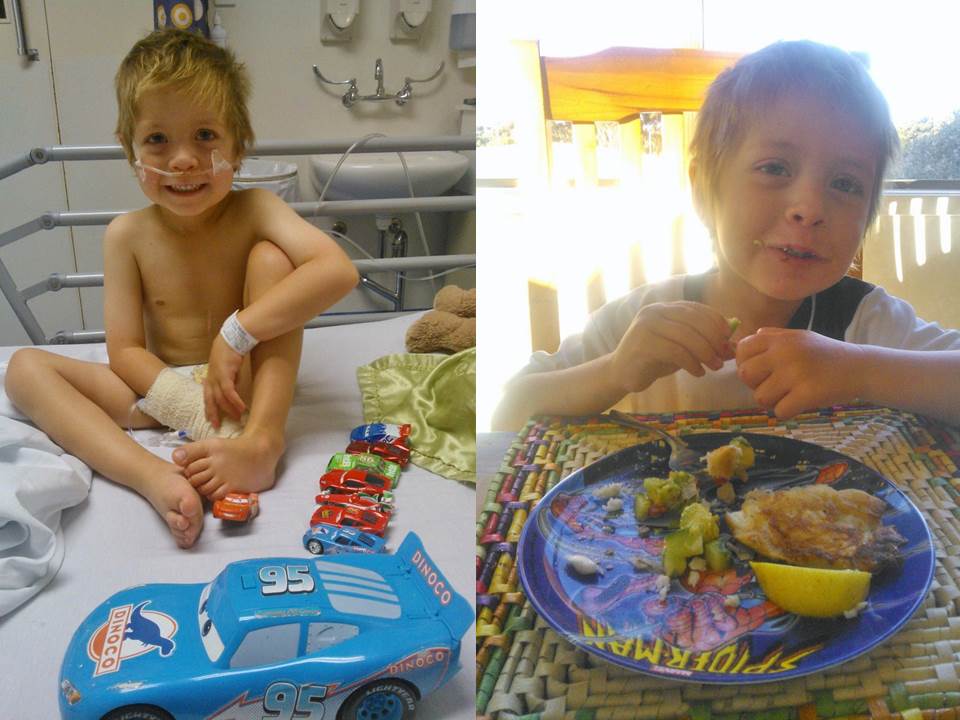 Tiago then and now. Always smiling!

“One way the community supports RMH is having local businesses coming and cooking meals. Often two meals a week to provide a break to parents juggling sick babies in hospital and siblings living at RMH. Our daughter remembers her year of weekends at Ron’s House very fondly; a year of making new friends every weekend, attending parties put on by local businesses and having a safe place to run around freely all weekend.

“I guess what I am trying to say is that RMH saved our family. We were able to be together and support each other when things were really tough. Ron’s House will always be a special place to us.”

[Sadly, little T lost his battle with cancer. Our thoughts, prayers and love remain with this family.]

“Five days after he was born, the hospital did a routine head ultrasound to see if Chase had developed an intraventricular hemorrhage (IVH); an easier way to understand it is that it’s bleeding in the baby’s brain. This is very common in premature babies and is rated in stages, from one to four. Four being the worst. I will never forget that day when his doctors pulled me into the meeting room to tell me my son had a stage four IVH on the right side of his brain, and the complications that it may cause my son in his future. His father had returned to work and I was on my own to hear the news. I left the hospital so upset. I was now going to tackle what should have been just an hour drive home. But it took me almost three!

“I broke down that day and I knew that I could not handle the travel into Toronto for the next three months to be by his side. His father and I made the decision to find housing close to the hospital to alleviate the stress of the travel. This is when a good friend of mine looked into the Ronald McDonald house for us. Within two days we were settled into our room, a five-minute walk from Mount Sinai Hospital where Chase had been born.

Baby Chase now and then: from Level III NICU to the picture of health.

“The house truly was a home away from home. The facility provided us with all the amenities of home. There was a kitchen, laundry and computer room just to mention a few. Volunteers would routinely come to the house and provide dinners for us. What a relief coming home to a cooked meal at the end of a long and sometimes stressful day. We met people from near and far, some becoming friends with whom we still keep in contact .

I also asked on my Facebook page for RMH experiences, and received this note from fellow Canuck E.M.: 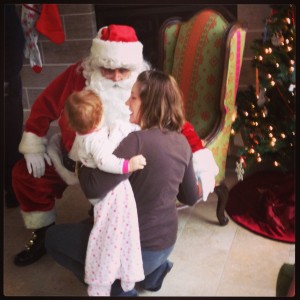 “My son was born in December 2011 with Complex Congenital Heart Disease. We were living in Kingston, Ont., and in the weeks leading up to his birth, we began to make arrangements to stay in Toronto, as we knew he would be going into surgery at SickKids Hospital shortly after birth. We had heard of Ronald McDonald House, but didn’t know what to expect. For $15 per night we assumed it would be hostel-type, bare minimum accommodations. When we arrived – tired, overwhelmed and scared – a small part of that burden was lifted. It was beautiful, spacious and clean, close to the hospital, with all of the amenities we needed. Far better than any hotel space we could have afforded. We would come back several times in the following two years – while he endured three open-heart surgeries and two heart catheterizations.

“Probably the biggest impact RMH had on us was during Christmas 2011. At six days old, my baby had his first heart surgery. I spent Christmas Eve in the Critical Care Unit of the hospital and on Christmas morning, my husband, 13-month-old daughter and I woke up at Ronald McDonald House. Outside our door were mounds of donated gifts for our family. When we went downstairs, Santa Claus was waiting to greet us. That evening, my parents, brother and Grandmother were also welcomed into RMH to enjoy a massive Christmas dinner, provided to all the families staying at the house, completely free of charge. Never before had I experienced ‘the true meaning’ of Christmas, and this kind of generosity. RMH is a special place that has made our most difficult times a little more bearable.”

There are 14 RMHs across Canada, helping more than 10,000 families each year. TEN THOUSAND.

Even if you’re anti-McDonald’s or still believe its McNuggets are born of some pink goop, even if you swear up and down that you’ll never let your child eat under the Golden Arches, I hope you can appreciate the amazing work that McDonald’s does through Ronald McDonald House. And, hey, maybe you’d even like to donate a few pennies of your own?

If you have a story to share about your experience with Ronald McDonald House, feel free to leave it in the comments.