Jaime and her two daughters are July’s #DreamBigPrincess guest reviewers. Be sure to read all the way to the end to find out how YOU can be part of the fun in August.

My girls are all about their imaginations. They travel to new places and have new adventures together every day and, more often than not, they take a doll or two along for the ride.

When the box of Merida-themed princess toys arrived at our door, the girls were both very excited to see what was inside since Brave seems to be the one princess who hasn’t made an appearance in our house. They were quick to dive right in and take their new dolls into their imaginary world. To their delight, the box contained: 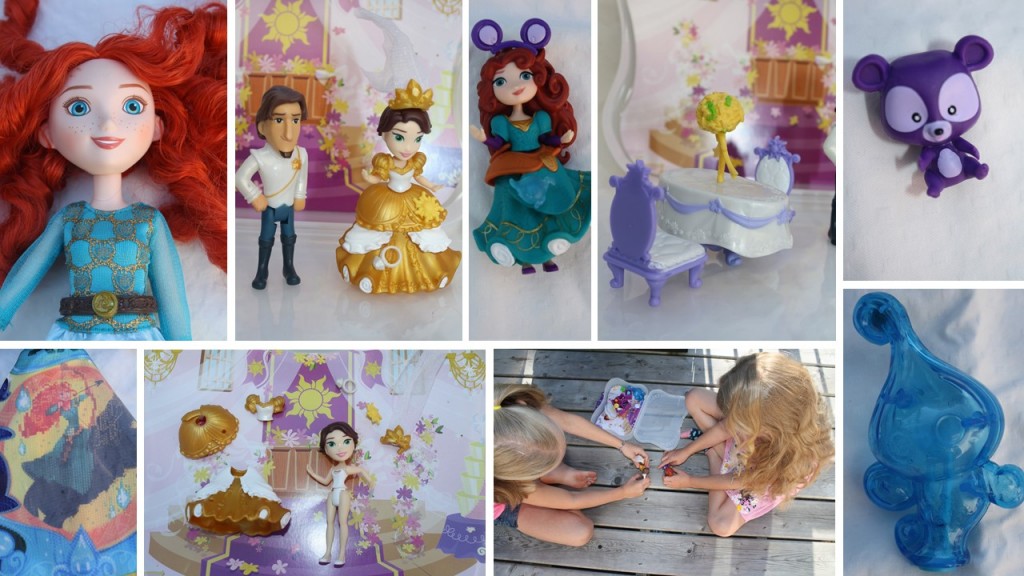 If you live in Canada (excl. QC) and have a little girl or boy who is more than three years old and LA-LA-LOVES Disney Princesses, comment below and answer all of the following: tell me which province you live in, how old your child is and why princesses ROCK. WRITING COUNTS — this is not a random draw. I’ll choose someone on Sun., July 31 at 10 p.m. ET and you’ll have 24 hours to respond. You’ll receive about $75 worth of product and you get to keep it! In return, you have to sign a contract and write a review that follows my template and includes original, good-quality photography.

HASBRO’S #DREAMBIGPRINCESS PRINCESS-A-MONTH: TIANA
Cloth diapers: what to do, how to do it & a comparison chart
Boogie Wipes stop the hurt (sponsored post)