Imagine watching a movie, known for its iconic musical score, in a theatre setting — with a full orchestra. That’s exactly what’s happening when Jurassic Park in Concert comes to the SONY Centre for the Performing Arts on December 28 and 29, 2017. Tickets range from $49 to $99 apiece, but you and three guests can join me there for free! 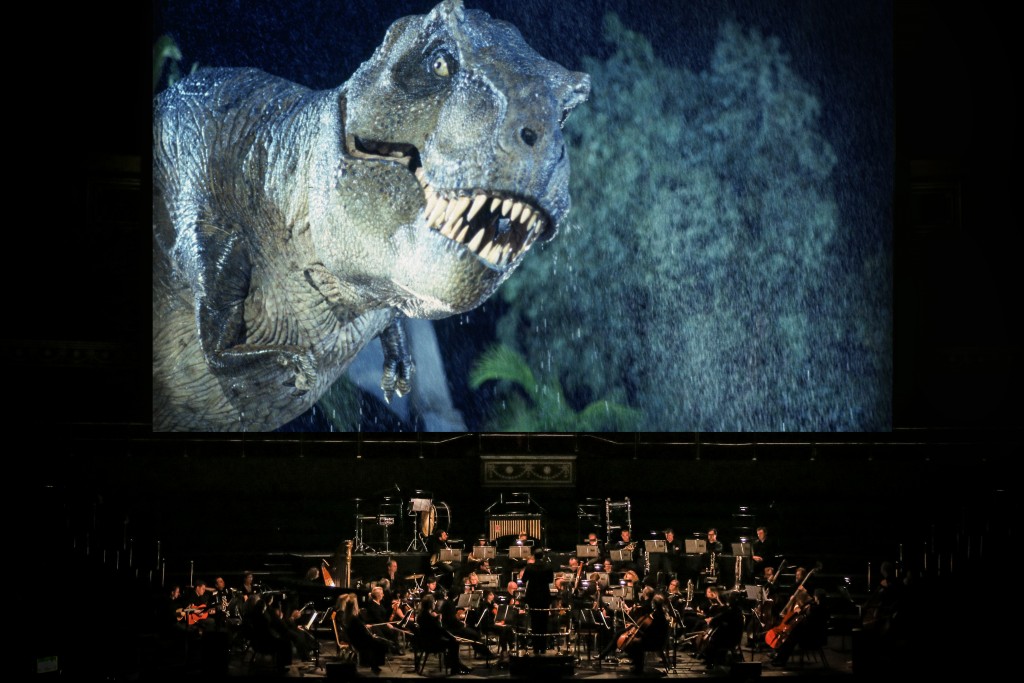 Featuring the Motion Picture Symphony Orchestra, Jurassic Park in Concert has two 7:30 p.m. performances from which you can choose. As long as your kids are comfortable with an action movie featuring dinosaurs with huge teeth, it would be suitable as a family outing. Talk about a great Hanukkah or Christmas gift!

When you combine Steven Spielberg’s direction with Michael Crichton’s storytelling, you’re transported to a world where scientists have revived dinosaurs for a theme park — before it all goes so terribly awry. In 1993, when it was released, Jurassic Park was the highest-grossing film of all time, and went on to win three Academy Awards.

I am beyond excited to be transported there again, this time with my kids and a symphony orchestra performing the score. And with four premium tickets up for grabs for the December 29 performance — a package valued at more than $400 — I know you’re excited, too.

The fine print: Transportation to and from the venue plus any parking and/or transit costs are the sole responsibility of the winner. By claiming the prize, you release Mommy Gearest and the SONY Centre for the Performing Arts from any and all liability and you understand that the tickets have no cash value and the date is not transferable. Contest open to Ontario (Canada) residents who are 18+ only. Entry requirements: follow both @MommyGearest and @SonyCentreTO on Twitter, and re-tweet THIS TWEET ONLY to win. Contest closes Dec. 15, 2017, at 11:59 p.m. 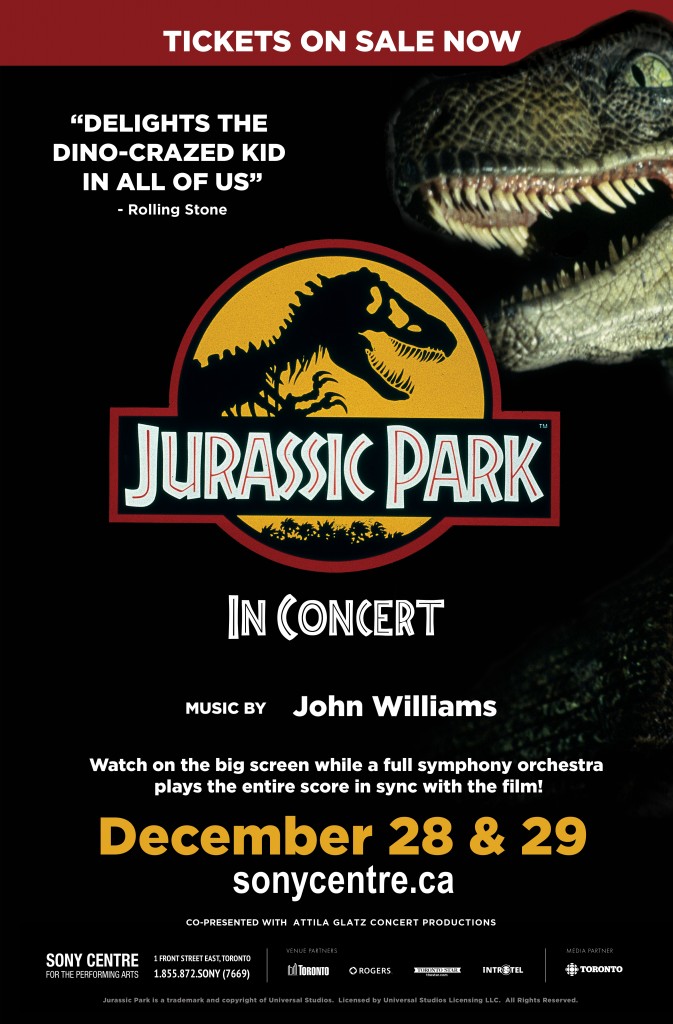 DISCLOSURE: I received tickets to this performance in exchange for my post. Opinions are always my own.

« 25 days of Elf on the Shelf ideas
The leak stops here: discreet protection when you want to leave pads behind (sponsored post) »