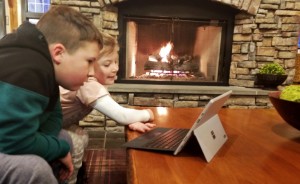 The kids watch their fave YouTubers on the Surface Pro 4 as we check into a hotel.

One who commutes — often by train — into the city once a week. One who spends a lot of time using social media apps. And one whose kids are device-savvy and love their games.

So having the opportunity to play with Microsoft’s Surface Pro 4 for the last couple of weeks has been a real eye-opener in terms of tech efficiency and the kind of device that works best with our lifestyle.

There’s no question, the Surface Pro 4 is the epitome of versatility. If you’ve never seen one in action, it’s essentially a laptop-tablet hybrid thanks to a snap-on keyboard (called the Type Cover) that also acts as a screen protector when closed over the screen.

In addition to the optional keyboard, there’s also an optional Surface Pen. And this little guy is GOLD! It’s what sets the Surface Pro 4 apart from many other tablets and certainly most (if not all) laptops.

Connecting the @microsoftcanada #SurfacePro4 to our XBOX, and had to get Plants vs. Zombies GW2. Look at that price! Only 2 days left. #ad pic.twitter.com/SVk8s6bxRF

Your kids can create awesome art: 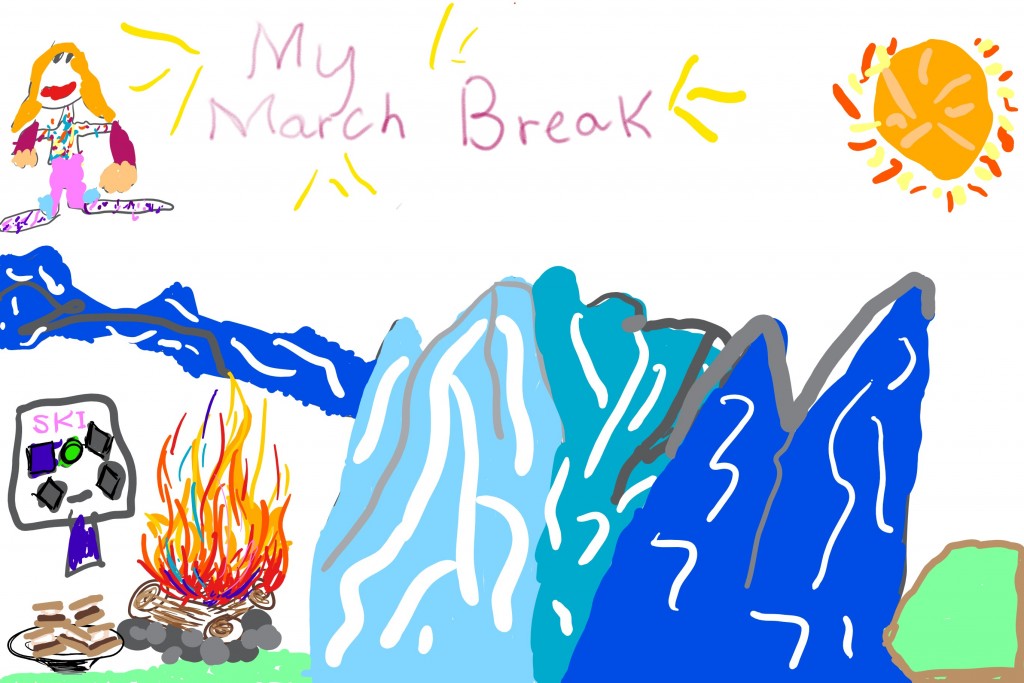 You can even get artsy-fartsy yourself if you’re so inclined: 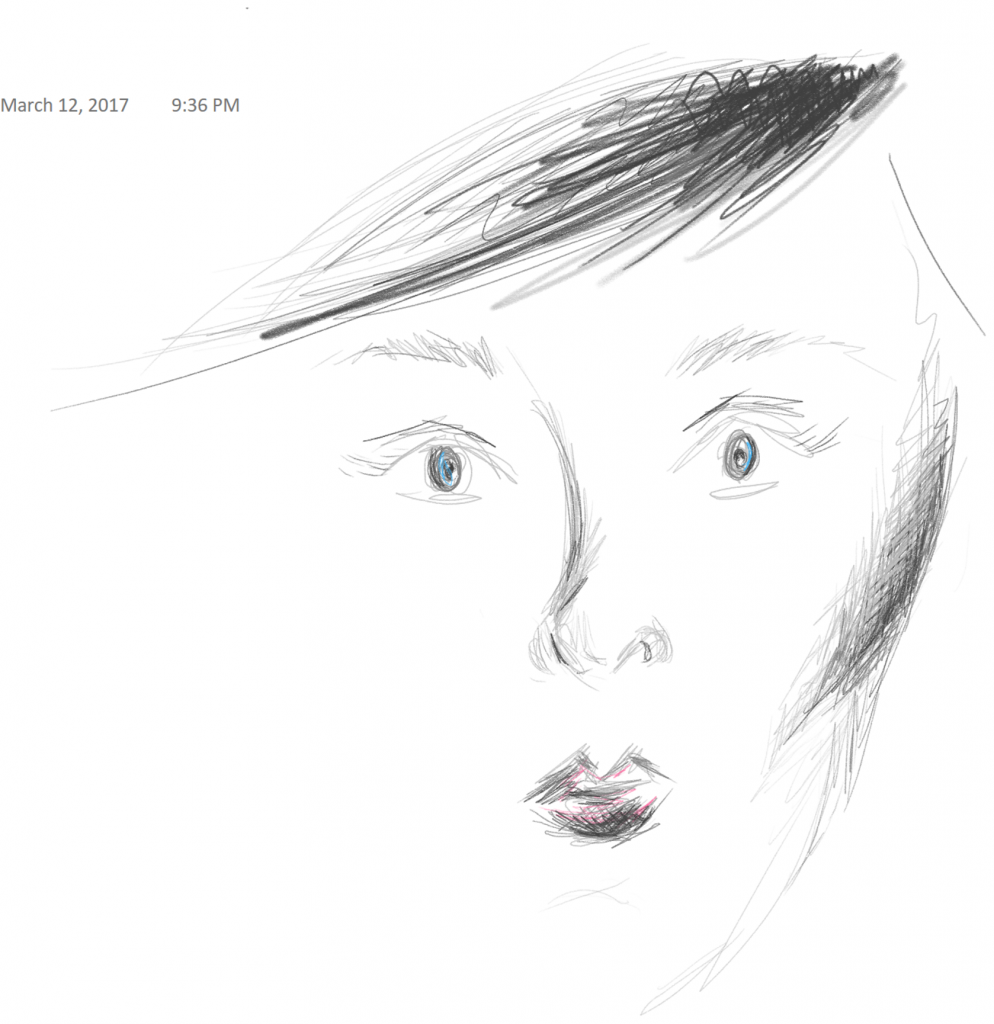 But as the consummate list-maker, I love being able to jot down notes or lists in OneNote, which comes loaded onto every Surface Pro 4. Not only do I get the satisfaction of physically crossing things off my to do list, but it also happens to be saved centrally and not on some random sheet of paper that ends up in the bottom of my purse. It’s the best of both worlds.

The Surface Pen does so much more than just write, though. Two clicks on the “eraser” and you’ve instantly created a screen capture. When you’re in the OneNote platform, one click takes you to the art pad versus the lined “paper.”

My kids and I got a real kick out of the Surface Pen’s capabilities.

And the best news is that until March 16, you can save up to $150 on select Surface Pro 4 devices at microsoftstore.ca — and use those savings to get yourself a Surface Pen and maybe a few fun games for your new device (or even your XBOX!) while you’re shopping.

Because there are loads of games on sale right now, too. I synced the Surface Pro 4 to our Microsoft account, which we use for our XBOX One S. It was so easy to browse the Microsoft Store for new games.

I scored a killer deal on Plants Vs. Zombies: Garden Warfare 2 for the kids, as I posted in that earlier tweet. It was down to just $13 from $65!

And it was pretty cool to pay for it on the Surface but see it download in real time on our TV: 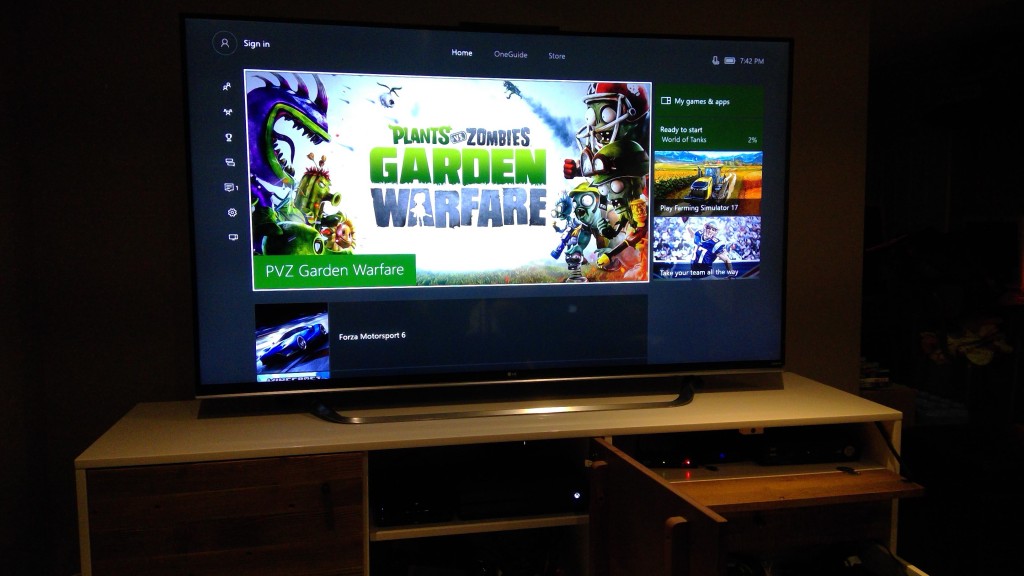 I was even reading that you can stream your XBOX games to the Surface Pro 4. That means if we want to watch something on TV and the kids want to play games, everyone’s happy. Very cool.

Some of the other fun features I discovered on the Surface Pro 4 are sticky notes — exactly what you might envision sticking on your fridge or computer screen: 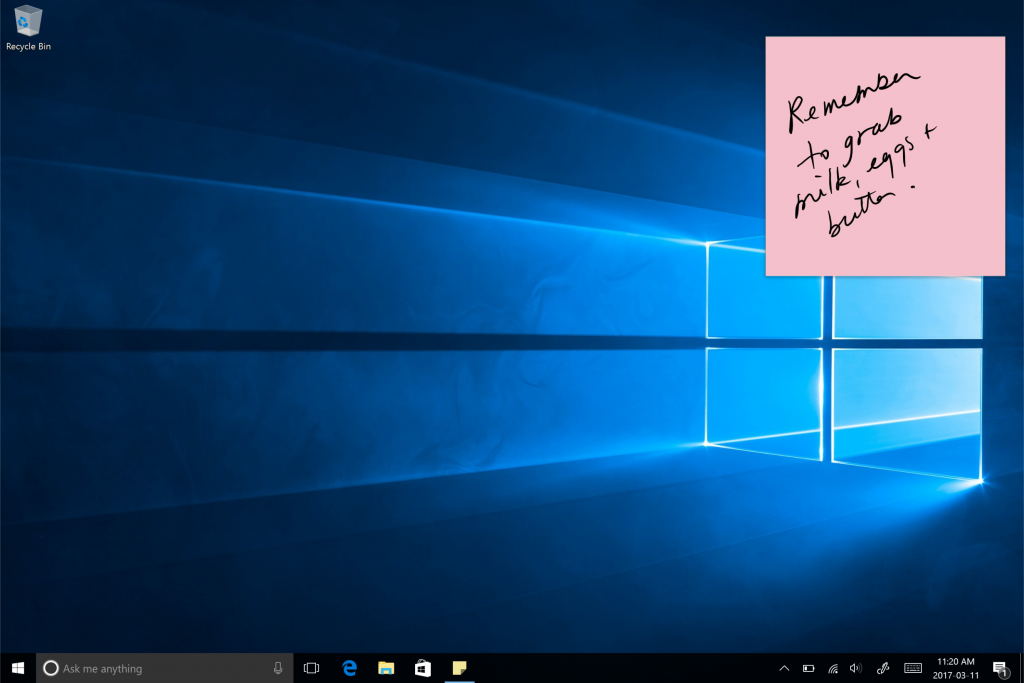 And then there’s Cortana, your built-in personal assistant who uses voice commands (or text) to help you stay organized. I saved our March Break trip this week in Vermont into our calendar just by chatting with Cortana: 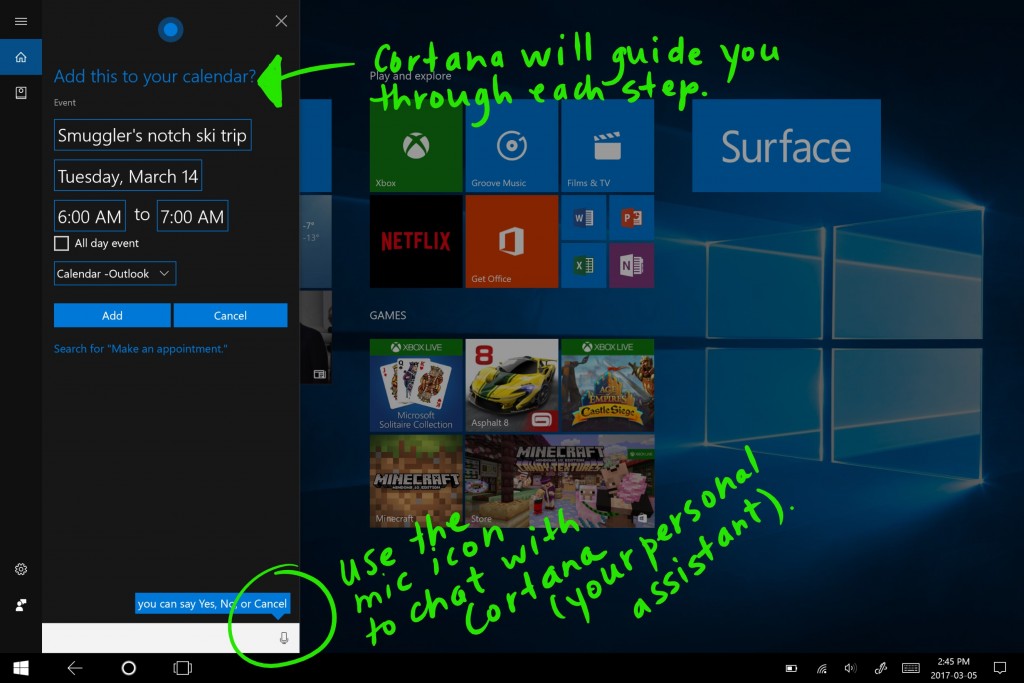 So in between your March Break plans, be sure to check out all of the March Break deals at microsoftstore.ca.

Don’t just take it from me…here’s what The K Man and Miss Q have to say:

Customers who shop online get free standard shipping and free returns on every item (every day!); they also receive free 24/7 customer support, including online text chat.

I can’t wait to hear what you buy!

DISCLAIMER: I was compensated for this post and also received a $25 gift card to kick off our Microsoft Store shopping, but the experiences noted and all opinions are mine.