My children are four and six years old. And, until last month, my husband and I had never been on vacation together. Alone.

Over the years, we’ve had to turn down a lot of lovely invitations that would have taken us away from our kids before they were ready — or before we were ready. But the time had come.

When Big B turned 40 last year, and with my fortieth in sight, we decided there would be no lavish birthday parties or fancy gifts.

For our collective milestone birthdays, we would go away. Together. Sans kids.

So the timing was really rather perfect when my cousin (who, along with her sister, are more than just cousins to me — they are sisters from another mister; AND mother, but that doesn’t rhyme) announced she’d be wed in The Philippines this year.

I think we said “yes” before the official invitation even arrived.

And after seven months of planning, followed by a 15.5-hour plane ride from Toronto to Hong Kong, another two-hour flight from Hong Kong to Manila, one four-hour sleep on a metal airport bench, a one-hour flight from Manila to Bohol and a 20-minute transfer to a boutique hotel in Baclayon, we found ourselves at the start of a whirlwind adventure that ultimately lasted 17 days and involved a total of eight flights and four destinations.

It was the trip of a lifetime, and I’m so glad Nikon Canada pushed me to take my D3300 HDSLR with me. Initially, I was worried about the amount of space a camera would take up in my carry-on luggage. Mostly because I only took carry-on luggage with me for the entire trip! So I looked for a more compact camera case and opted to take only one lens (the 18-55mm that came with my camera body).

And, boy, was it worth it. I really would have regretted not capturing one of the most beautiful places on earth with the crisp colours that my camera produces, fix exposure on-the-spot because the sun was so freakin’ bright or being able to print poster-size images of the stunning flowers that we saw at every turn.

As I’ve mentioned in my previous posts during my one-year term as a Nikon Mom (which you can read here, here, here and here), it’s that in-the-moment ability to capture the perfect picture that really makes my experience with this camera something special.

Here’s an example of a before and after that I took during a jungle walk. As usual, it was about 218 degrees one sunny day in The Philippines and pictures tend to get easily over-exposed. My exposure compensation button and dial are easily the two most well-used functions because it can take you from too bright to just right: 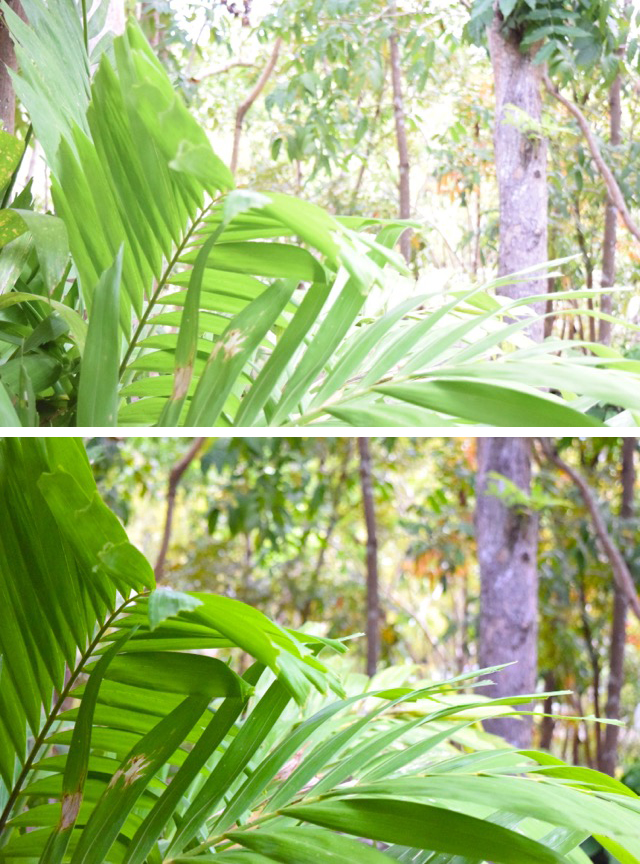 Here are two more examples of before and afters thanks to exposure compensation control: 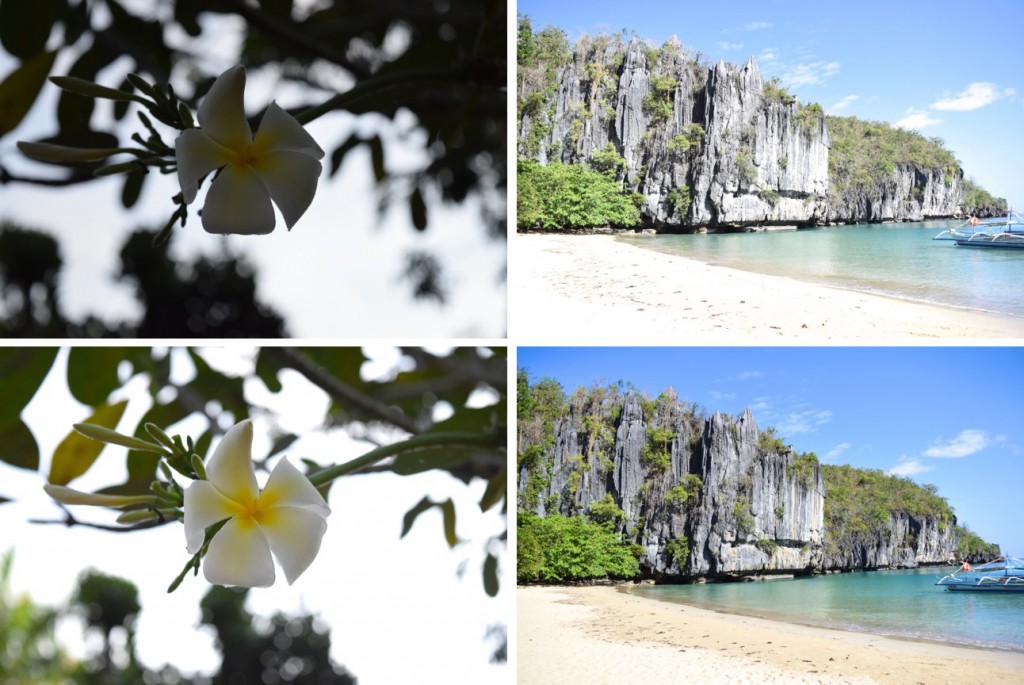 While we did a lot of great, tourist-y activities, it was really the landscape that held my attention most of the time. Flowers have always — even when I had a stinky point-and-shoot — been one of my favourite things to shoot. And despite not having a proper macro lens with me, the closeup shots that I was able to get were incredible:

One of the best parts of going on such a long vacation is really being able to relax. And relax we did. It was, of course, made easier because the sound of waves crashing, that feeling of sand between the toes and spectacular sunsets are my personal nirvana — all of which are plentiful throughout The Philippine islands:

While all of Big B’s photos from our trip are trapped on his smartphone, I’m grateful to have these on my hard drive and plan to make a photo book once I can finally make my way through the 1,400 pictures I took.

But one thing’s for sure: I’m selling my other DSLR in favour of my Nikon. I think it’s easy to see why it won me over.

DISCLAIMER: I’m a Nikon Mom and was compensated for this post. You should know by now, however, that all of my (many) opinions are my own.